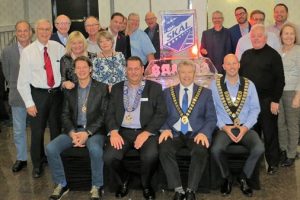 Skal Canada has elected a new board for 2018, with Susan Webb elected to the role of president.

During the board meeting it was announced that a new Skal Club have been formed in PEI, making this Skal Canada’s 17th club. The new PEI club gives Skal Canada a presence in every Canadian province.

Congratulations were shared with the Skal Quebec City club as it earned the Skal International Club of the Year award at the recent world congress in Hyderabad, India. It is the first time in Skal Canada history that one of its clubs has been presented with this prestigious award.

Of the 87 countries that Skal International has clubs, Skal Canada has the sixth largest national membership in the world.