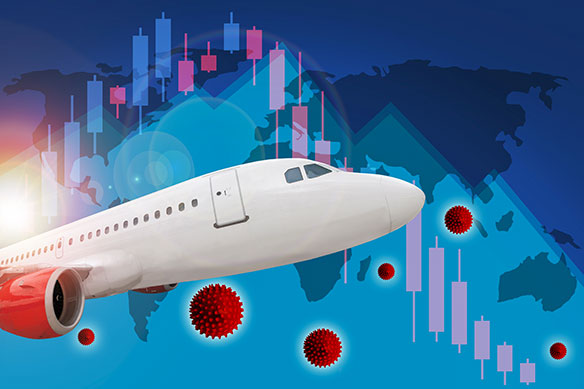 Not to put too fine a point on it, 2020 was the worst year in history for air travel demand.

That is the sobering message that the International Air Transport Association (IATA) delivered when it reported its full-year global passenger traffic results for 2020 which showed that demand (revenue passenger kilometers or RPKs) fell by 65.9% compared to the full year of 2019.

That’s by far the sharpest traffic decline in aviation history; and it comes with the news that forward bookings have been falling sharply since late December.

In releasing the results, Alexandre de Juniac, IATA’s director general and CEO, said: “Last year was a catastrophe. There is no other way to describe it. What recovery there was over the Northern hemisphere summer season stalled in autumn and the situation turned dramatically worse over the year-end holiday season, as more severe travel restrictions were imposed in the face of new outbreaks and new strains of COVID-19.”

As for the bottom line, IATA’s de Juniac said: “Optimism that the arrival and initial distribution of vaccines would lead to a prompt and orderly restoration in global air travel have been dashed in the face of new outbreaks and new mutations of the disease. The world is more locked down today than at virtually any point in the past 12 months and passengers face a bewildering array of rapidly changing and globally uncoordinated travel restrictions.”

IATA’s boss continued: “We urge governments to work with industry to develop the standards for vaccination, testing, and validation that will enable governments to have confidence that borders can reopen and international air travel can resume once the virus threat has been neutralized. The IATA Travel Pass will help this process, by providing passengers with an App to easily and securely manage their travel in line with any government requirements for COVID-19 testing or vaccine information.”

And he concluded: “In the meantime, the airline industry will require continued financial support from governments in order to remain viable.”