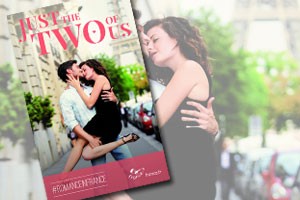 The campaign kicked off with the distribution of 120,000 copies of “Just the two of us/ Romance in France” bilingual magazine all over Canada.

Atout France then launched a special Romance in France section – ca.france.fr/en/romance-france – on its web site. Visitors to the site can register to win a romantic trip for two to Paris.

Campaign initiatives include a video with a Canadian couple discovering their romantic side in Paris; an associated video of roses being given away; the distribution of 150 roses to journalists, influential and opinion leaders to spread the message; the animation of bloggers’ network to create a buzz; and a Facebook campaign – Romance in France.