Home › Destinations › Goway Back in Britain

Goway Back in Britain 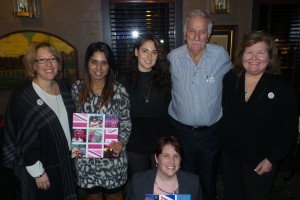 Goway Travel has an England program fit for a king.

And she added that a tour operator perhaps best associated with the South Pacific has long ties with Europe.

“Goway and Europe have been partners for a long time,” Smith said. “It’s only in the last year though we took it to the next level.”

Goway has 461 European options for its clients, 63 of them in Britain, Smith said.

The tour operator will customize Britain itineraries for clients, who can choose the likes of small-tour and self-drive options.

Meanwhile, Linda Falcone, who oversees VisitBritain’s Canadian operation, said that tourist board is “very excited that a company with Goway’s stature has decided to return to the United Kingdom.”
Falcone praised Britain for an abundance of culture, and said the country that has given the world such chefs as Gordon Ramsey and Jamie Oliver has a flourishing food scene, with London now having more Michelin-rated restaurants than Paris.

Falcone noted visitors will find free museums that celebrate British and other cultures.

Britain will see numerous celebrations this year, including ones marking the Queen’s 90th anniversary, and the 400th anniversary of Shakespeare’s death.

Pictured, standing in back are Falcone; and Goway’s Kiran Gill, Josie Pileggi, Bruce Hodge and Smith. In front is Heidi Schnitker.