Home › Events › A Call To Action

A Call To Action 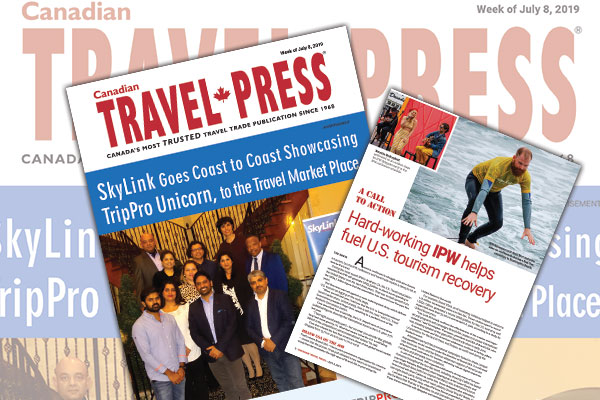 America continues to struggle with slow-downs in tourism, but the IPW conference and travel trade market is doing its bit to reverse the trend, reports western editor, Ted Davis in this week’s digital edition of Canadian Travel Press.

During the most recent IPW in Anaheim CA, the U.S. Travel Association reported that IPW will generate US$5.5 billion in direct travel spending in the United States over the next three years. That was revised upward from the US$4.7 billion figure that the association has reported over the past few years.

But this news was set against a more sobering back drop, which defines U.S. tourism as lagging on the world stage.

“When we met last year, I told you that the U.S. is losing international travel market share. Unfortunately, that is still the case,” said U.S. Travel Association president Roger Dow, speaking to a packed room at the Anaheim Convention Centre.

Dow described how in late May, the U.S. Department of Commerce published figures showing that international travel to the U.S. grew 3.5% last year.

“That might sound pretty good – but not when you consider that globally, long-haul travel grew by 7%. What that means is that the U.S. is still falling behind in the competition to attract international visitors,” he said.