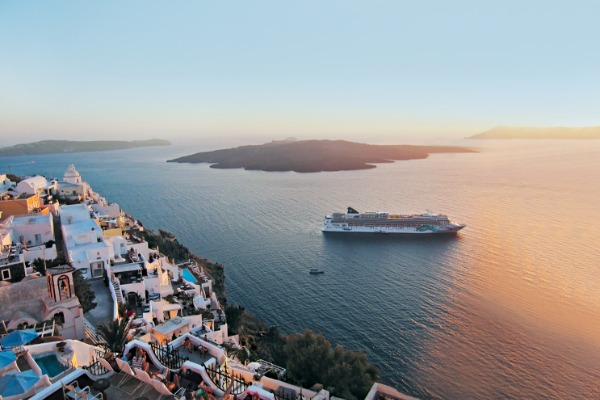 Norwegian Cruise Line (NCL) marked its cruise comeback with a double debut: Norwegian Jade was not only the first of its 17-ship fleet to welcome guests after 500 days, she also made NCL history as the first vessel to homeport in Athens (Piraeus).

Until November 2021, guests sailing aboard Norwegian Jade’s Greek Isles itinerary will wake up in a new destination every day, able to spend eight-to-nine hours exploring some of Greece’s most picturesque islands including luxurious Crete, bustling Mykonos, historical Rhodes and the iconic blue and white Santorini.

Norwegian Jade’s deployment in Athens is part of a long-term strategy to further increase the brand’s presence in Europe, one of the line’s most popular cruise destinations. Through 2023, the Company plans to position nine ships in the region, with Norwegian Dawn, Epic, Escape, Getaway, Gem, Jade and Star scheduled to sail in Greece.

Norwegian Jade is the first ship to recommence voyages as part of the company’s larger restart efforts.

On Aug. 7, 2021, Norwegian Encore will be the first ship to return to service from the U.S., when she debuts in Seattle for her inaugural season of Alaska cruises. The fleetwide redeployment will continue in partnership with local governments and are guided by the robust protocols of the Company’s SailSAFE health and safety program, which at its cornerstone includes that all crew and guests must be fully vaccinated to embark for voyages through Oct. 31, 2021.

Working with the leading experts of the SailSAFE Global Health and Wellness Council, the robust protocols will regularly be evaluated and modified as needed, making science-based decisions to protect guests, crew and the destinations it visits.

As protocols evolve and additional information becomes available, updates will be published at www.ncl.com/sail-safe.