A Little Pride From Thailand 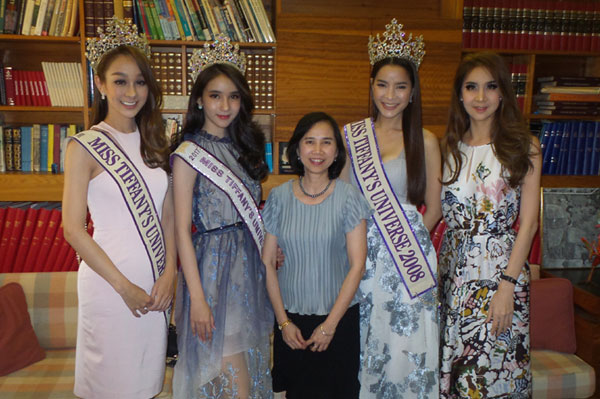 And that welcome extends to transgender tourists.

The tourism authority brought performers from Pattaya’s long-running Tiffany’s Show nightclub – which features transvestite and transgender performers singing, dancing and lip-synching – to Toronto for the city’s Sunday Gay Pride parade and also had a booth at the parade promoting Thailand as a safe and friendly destination for gay and transgender tourists.

Tourism authorities proudly boast that transgender tourists will be well-received in a country where hotels generally no longer identify themselves as gay-friendly simply because they’re all gay-friendly.

The welcome extended to transgender tourists contrasts to the hostility shown to their lifestyles in some parts of the world.

Suparb Seangkumchoo, show director of Tiffany’s Show, said it’s likely the longest-running show featuring a transgender cast in all of Asia, having hosted people for over 40 years. Up to 3,000 people can take in a show and the diverse audiences include families.

“I think it’s the best such show in Thailand,” he said. “I think the performers are more feminine.”

Some spectators refuse to believe performers weren’t born female because of their appearances, he added.

“You’re going to see a great performance,” added Viktor Spysak of the tourism authority of Thailand’s Toronto office, who used to live in Thailand.

Meanwhile, Prakaipruek Damrongvadha of the tourism authority’s head office said Pattaya has been seeing new hotels open, among them a Movenpick and a Renaissance.

Seaside Pattaya has long been a tourist destination in its own right but also serves as a gateway to eastern Thailand, with Damrongvadha praising eastern Thailand for great beaches, green landscapes and hotels that include upscale properties.