A Monumental Year For NYC 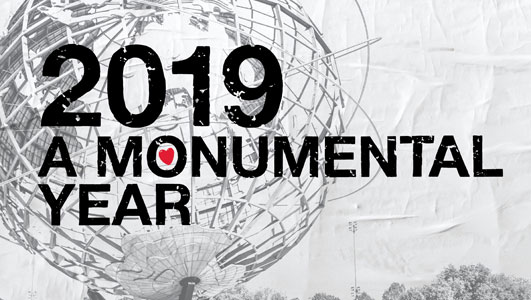 During this year’s IPW in Denver, NYC & Company president and CEO Fred Dixon talked about the significant new developments in New York City including infrastructure, hotels, arts and culture, retail, events, and more.

Dixon was joined by representatives from major new developments coming to Manhattans far west side in 2019 – Related Companies Hudson Yards, the largest private real estate development in the history of the US, and The Shed, the first arts center designed to commission, produce and present all types of performing arts, visual arts and popular culture.

Said Dixon: “With blockbuster openings, historic anniversaries and big events, 2019 will be a monumental year for New York City. Tourism is now a major driver of the local New York City economy and the fastest growing source of new jobs. This is made possible by a record $45 billion in visitor spending and $65 billion in economic impact – reinforcing the Citys position as the largest tourism economy in the US – as well as the countrys number one international destination. We are proud to be back at IPW for its 50th anniversary to showcase why a visit to New York City in 2019 should be at the top of everyones list.

New York City’s largest development since Rockefeller Center in the early 20th century, Hudson Yards is now rising in the 21st century to its west (hudsonyardsnewyork.com). When complete, this premier destination will include more than 18 million square feet of commercial and residential space, more than 100 shops, a collection of dining experiences, 14 acres of public space, an Equinox® branded luxury hotel, Thomas Heatherwick’s Vessel, and the multi-arts center The Shed (theshed.org).

Expected to open spring 2019, The Shed will advance culture and art with a mission to nurture multi-disciplinary artistic invention under one spectacular roof. Housed in an innovative 200,000-square-foot movable structure, it’s designed to physically transform itself to support the artists’ most ambitious ideas. Under the leadership of artistic director and CEO Alex Poots, seven unique commissions have been announced for the inaugural season with program dates coming soon.