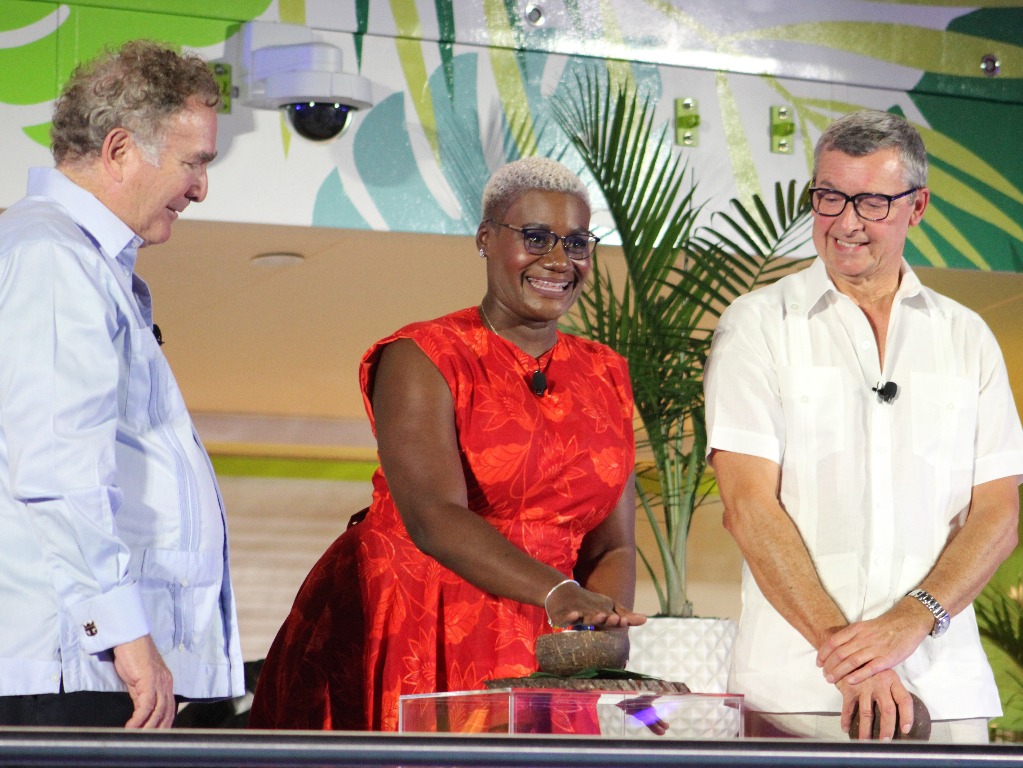 Michael Bayley, President and CEO of Royal Caribbean International, believes the word Odyssey represents much more than just the name of the latest Quantum Ultra-class ship Odyssey of the Seas.

“Although building a ship is always a journey within itself, there was no predicting the past 20 months,” Bayley said during the naming ceremony for the ship on Nov. 13 in Fort Lauderdale. “Whether it was changes to the construction timeline or the date we would set sail again, in many ways what it took to get Odyssey of the Seas here today is much like Royal Caribbean’s journey to get back to cruising. In this last year the word Odyssey has become more than the name of the ship. It represents the Odyssey we’ve experienced together as a cruise line and as an industry.”

Despite going through the most challenging period in the company’s history, Bayley quoted American poet Robert Frost noting that “the best way out is always through. And that’s what we’ve done. When things came to a halt in March of last year, we pushed ahead… We pushed through together and now the Royal comeback is in full effect.” 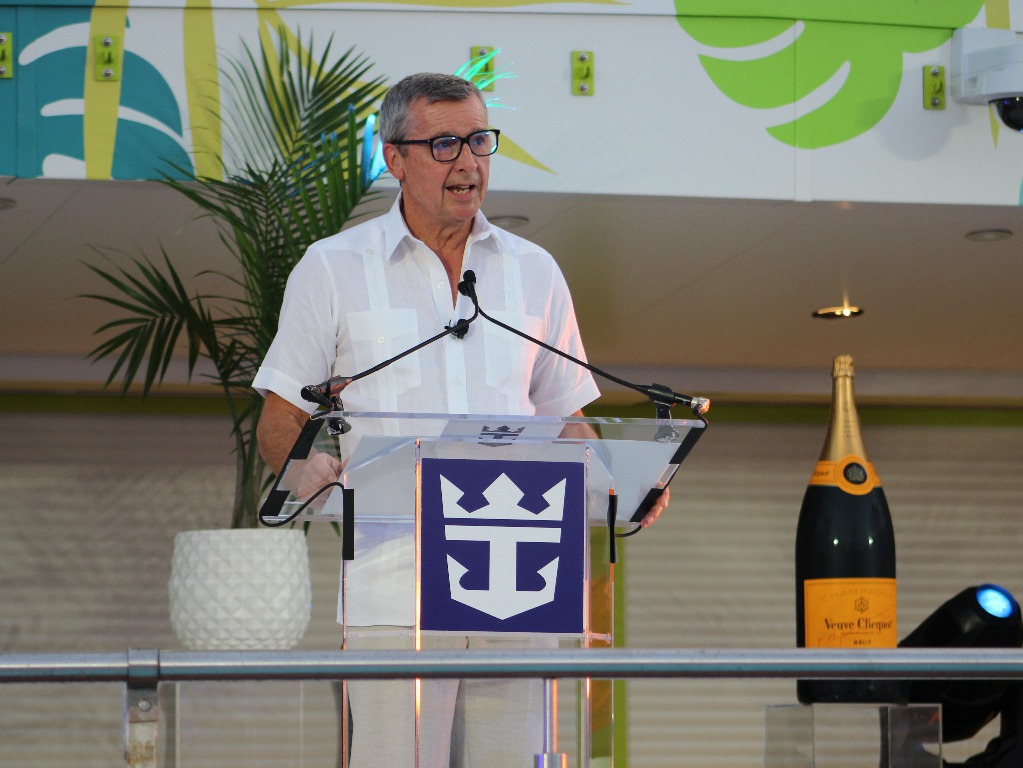 Bayley shared that Royal Caribbean has a long story in the Bahamas, marking the cruise line’s first destination more than 50 years ago, and so it was fitting that Bahamian Erin Brown was selected as the godmother of Odyssey of the Seas.

“When we set out to find a godmother of Odyssey of the Seas, a ship whose name and journey represent the perseverance we’ve all shared, Erin Brown was the natural choice. After facing bone cancer and amputating her left leg, she became a para-triathlete,” he said. “For more than 17 years, Erin has made it her mission to advocate for those living with disabilities.”

Brown is a Bahamian para-triathlete and advocate for people living with disabilities, working to inspire others in the community.

“I am immensely grateful to have been selected as godmother to Odyssey of the Seas,” she said. “As a proud Bahamian, it is an honour to also represent The Bahamas and share my story with so many others. My experiences have empowered me to reinvent myself and transform my life, and I’m committed to helping ensure others can do the same.”

Since the ceremony took place at The Lime & Coconut bar, Brown used a button set inside a coconut to release the bottle of champagne against the ship.

As it was his last naming ceremony, Bayley thanked the outgoing Chairman and CEO for his guidance through the pandemic. Richard Fain recently announced he’d be stepping down from his role in January.

“It’s your steady hand that set the course for our successful comeback,” he shared. “It’s a beautiful day to name this ship and celebrate the return of cruising.”

“It’s an emotional night, but ladies and gentlemen, we are back,” added Fain. 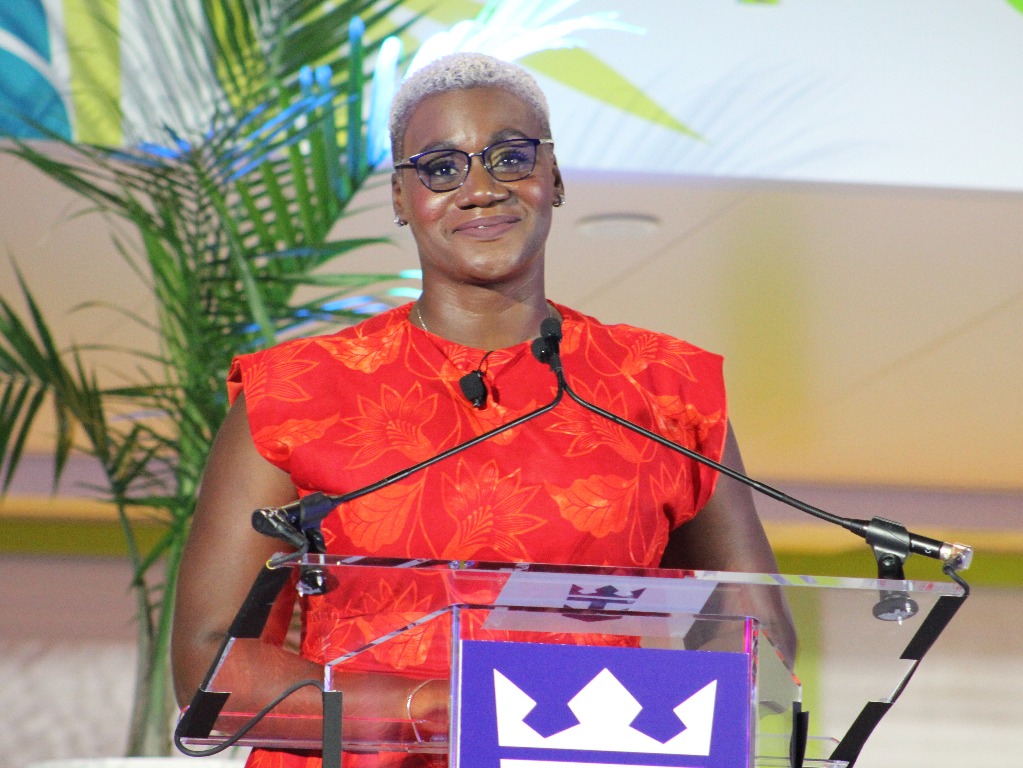 Noting that the word Odyssey means a long journey full of adventures, Bayley said “when we started to design this ship more than four years ago today what we envisioned was was exactly that. The vacations that Odyssey of the Seas would deliver would be epic and full of adventure. It would combine new experiences with many favourites our guests love, and there would be something for everyone.”

For a ship that was built during a great period of turmoil, Bayley said the naming ceremony “means more than anyone could have anticipated. A moment that speaks volume about our resolve. As challenging as this time has been, it’s brought us together today and we’re so thankful to have pushed through as a family.” 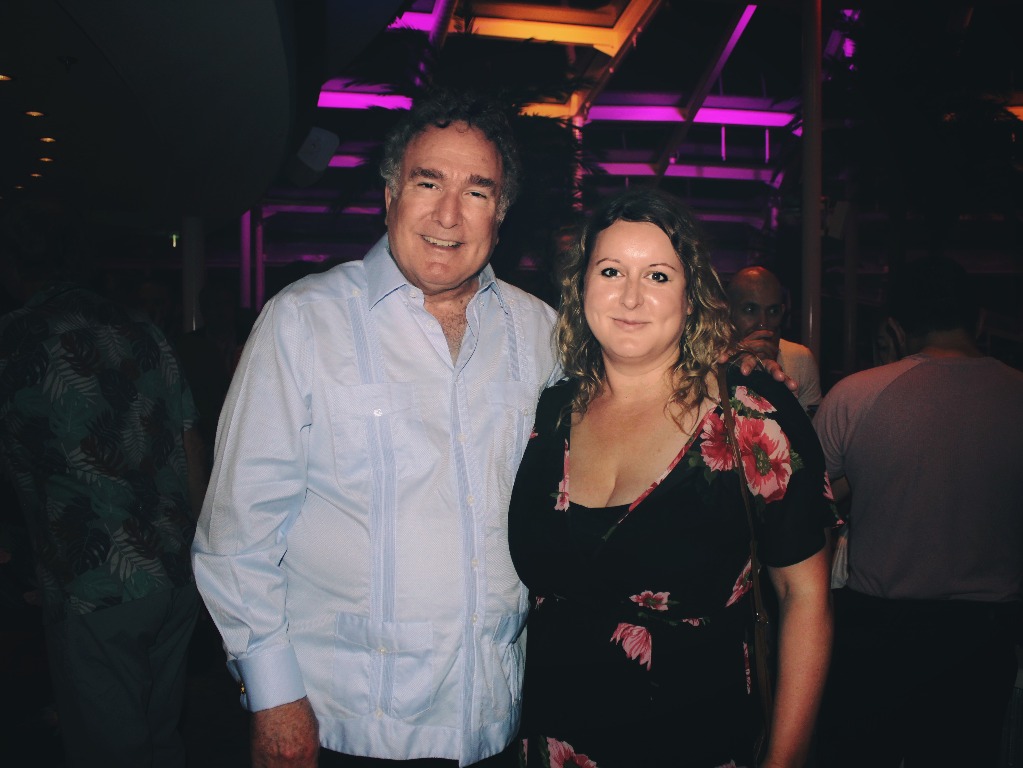