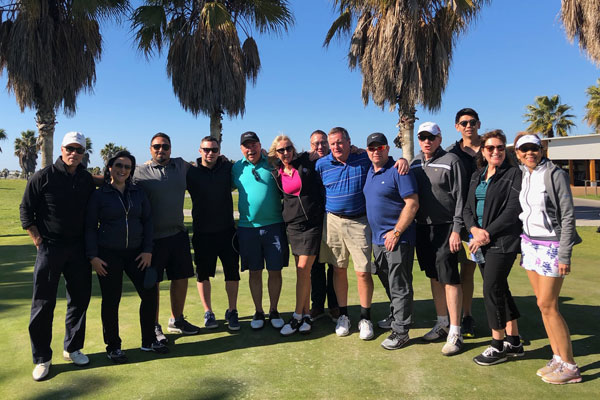 The third round of the inaugural Baxter Media 2019 Portugal Golf Tournament was hosted by the Balaia Golf Village at its Balaia Golf Village Course. This par 3, 9-hole course, presented the teams with a number of very interesting and difficult challenges to overcome that definitely compensated for the shorter overall yardage.

At the end of the third round Team 1, continued to hold onto their three-day lead despite carding a 3 over par score of 32 for a total three round score of 92. Second and third place for the third round match was a tie as Teams Two and Three both shot four over par 33’s. However Team 2’s lower cumulative score of 97 kept them in second place while Team 3 remained at the back of the pack with a total score of 102.

Lunch at the Balaia Golf Village Course was a very special opportunity for the Baxter group to enjoy Portugal’s world famous Cataplana dish, prepared by their award winning chef Henrique Leamndro, who placed third in a recent European Wonders of Cooking competition.

The dish is an extraordinary combination of fresh monkfish, clams, prawns, green and red peppers, potatoes, onion and garlic, all simmered together in a special sealed copper pot creating a broth just perfect for dipping the fresh Portuguese bread in to wipe your plate clean.

Then it was time for the fourth and final round of the Baxter Media Tournament, hosted by and played at the NAU Salgados Golf Course. Salgados is an 18-hole par 72 modern links-style course laid out in the middle of a natural wildlife reserve, filled with thousands of migratory birds, including many rare species. 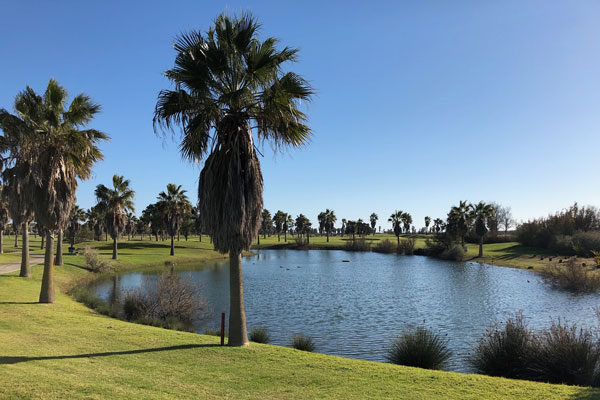 In addition, the winners of the skills competition were:

VIPs Are In The House

That evening everyone attended the closing awards ceremony and final dinner hosted at The La Cigale Restaurant, considered by many to be one of the Algarve’s top dining experiences, set beside the beach of Olhas de Agua.

Also joining the group to provide the evening’s live musical entertainment was award winning recording star, Filipa Sousa. Restaurant owner Joao Luis, and his team prepared and served a fresh shrimp and clam dinner, followed by an orange sponge cake dessert. And of course a shot of the infamous “firewater” helped to close out the meal.

The final evening also gave everyone in the group a chance to reflect on the week’s activities and events, as well as providing an opportunity to recognize all those who participated in the tournament, or helped to make it all happen. 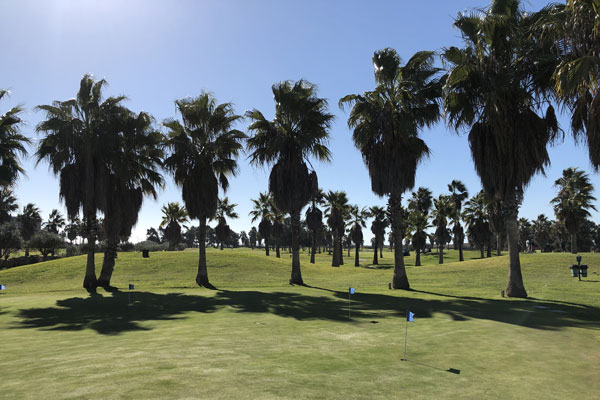 Albuferia Promotion Bureau Vice President, Vitor Vieira told the group that “Canada is a very important and growing market for Portuguese tourism. We hope that our special guests will return to Canada after this trip and will consider recommending Portugal’s Algarve as the perfect vacation destination to their clients for their clients.”

In response, Baxter Media’s president, David McClung observed that: “As far as Baxter Media is concerned this first trip to Portugal has been a tremendous success. It has been a real pleasure to host  and to work closely with all the organizations to make this trip a reality. We intend to make this an annual event.”

As the Baxter Media group boarded their TAP Airlines flight back to reality and the bitter Canadian cold, everyone agreed that Portugal’s Algarve had been a superb choice and proved that it is an amazing destination.

The Algarve has so much more to offer visitors, than just world-class golf and is filled with all kinds of different adventures, just waiting to be discovered — from the spectacularly rugged coastline to the beautiful landscapes of the rural countryside. 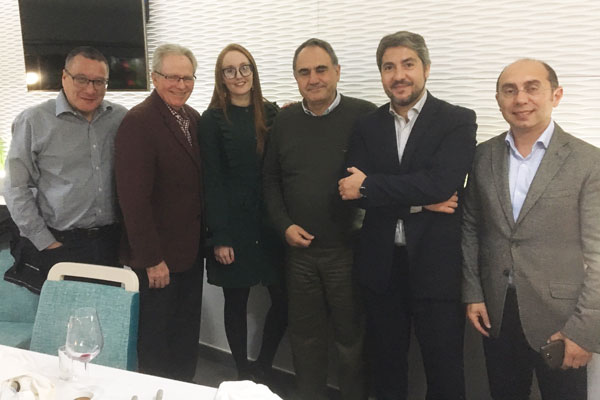