Home › Destinations › A Taste of Cayman Comes To Toronto

A Taste of Cayman Comes To Toronto 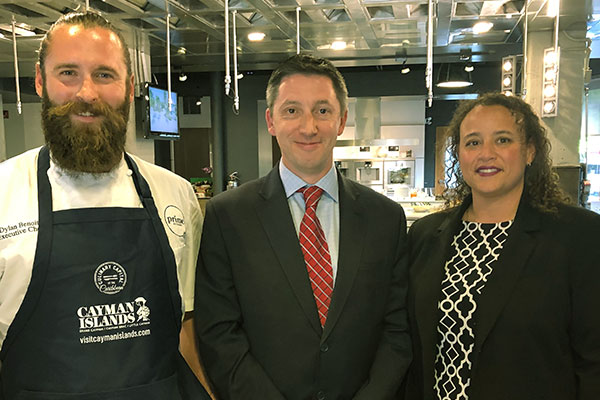 Benoit, star of Food Network Canada’s “Fire Masters,” is from Barrie, Ont. and now resides in the Cayman Islands, known as the Culinary Capital of the Caribbean.

Culinary experiences on the islands range from fish shacks to Champagne brunches to the Caribbean’s only AAA Five Diamond restaurant. Cayman is also a leader in the farm- and sea-to-table industry. 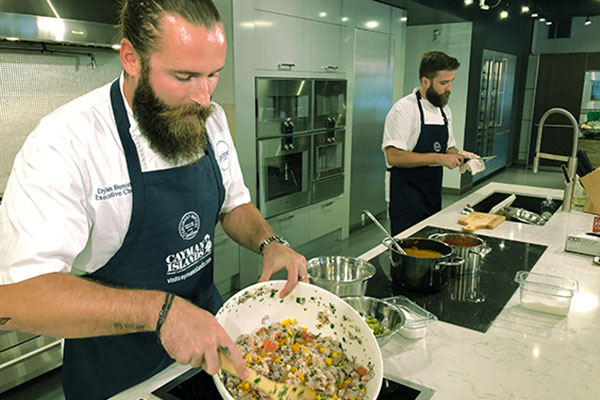 But culinary experiences are only one reason to visit the Cayman Islands, as Raymond Mathias, business development manager, Canada, told Press Today. There’s also the appeal of a three-island experience, world-class diving, spa and soft adventure, as well as Stingray City. He noted that it is also one of the best places in the world for bioluminescence kayaking.

The Cayman Islands are coming off a record 2018 and Mathias noted that the first four months of 2019 have also been record-setting, including their best February ever from Canada.

Part of this success is due to easy access with direct flights available from Air Canada and WestJet.

Pictured at the event are (l-r) Benoit, Mathias and Ruth Myles of the Cayman Islands Department of Tourism.