Home › Destinations › A Taste Of Thailand

A Taste Of Thailand 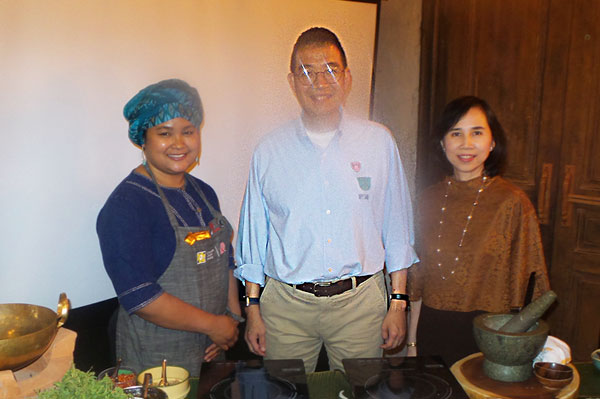 Thai officials gave those in Toronto’s tourism industry some food for thought Thursday.

The Tourism Authority of Thailand and Thailand’s ambassador to this country – Maris Sangiampongsa – hosted tourism officials in downtown Thailand’s Pai Northern Thai Kitchen restaurant to among things promote the July 14 Destination Thailand event in Toronto’s core, which will showcase the likes of Thai food, cultural performances and handicrafts. Those at yesterday’s event got an early start on experiencing Thai food, with the Pai Northern Thai Kitchen serving specialties from the southeast Asian nation.

Meanwhile, Sangiampongsa told those on hand for Thursday’s event that he’s eager to work with those promoting tourism to his homeland.

“Anything I can do for you…let me know,” he said.