A Triumphant Moment For Celebrity Cruises 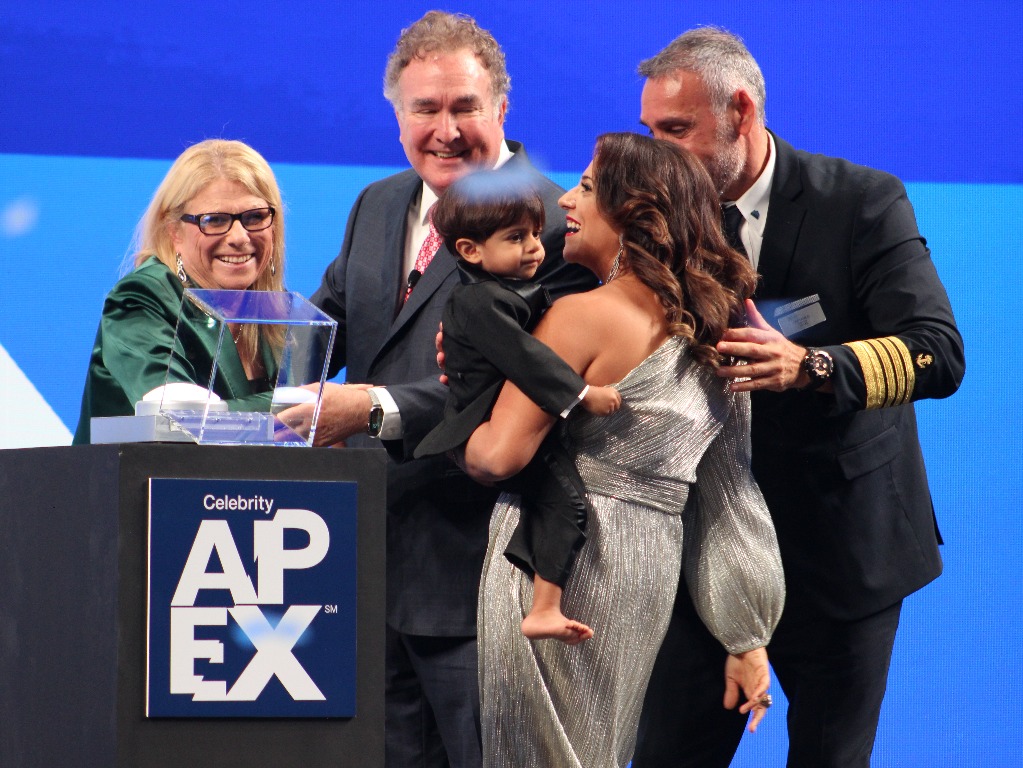 On the surface, yesterday (Nov. 2) marked the long awaited naming ceremony for Celebrity Apex, but as Celebrity Cruises President and CEO Lisa Lutoff-Perlo explained, the event “stands for so much more.”

Taking place 581 days after it was originally scheduled, like many things in the travel industry derailed by the pandemic, the naming ceremony symbolized the comeback of the cruise industry and a moment of rejoice for the Celebrity team after a challenging 18 months.

“Today is a day of utter joy and looking forward,” Lutoff-Perlo noted. “Our comeback will be stronger than our setback.” 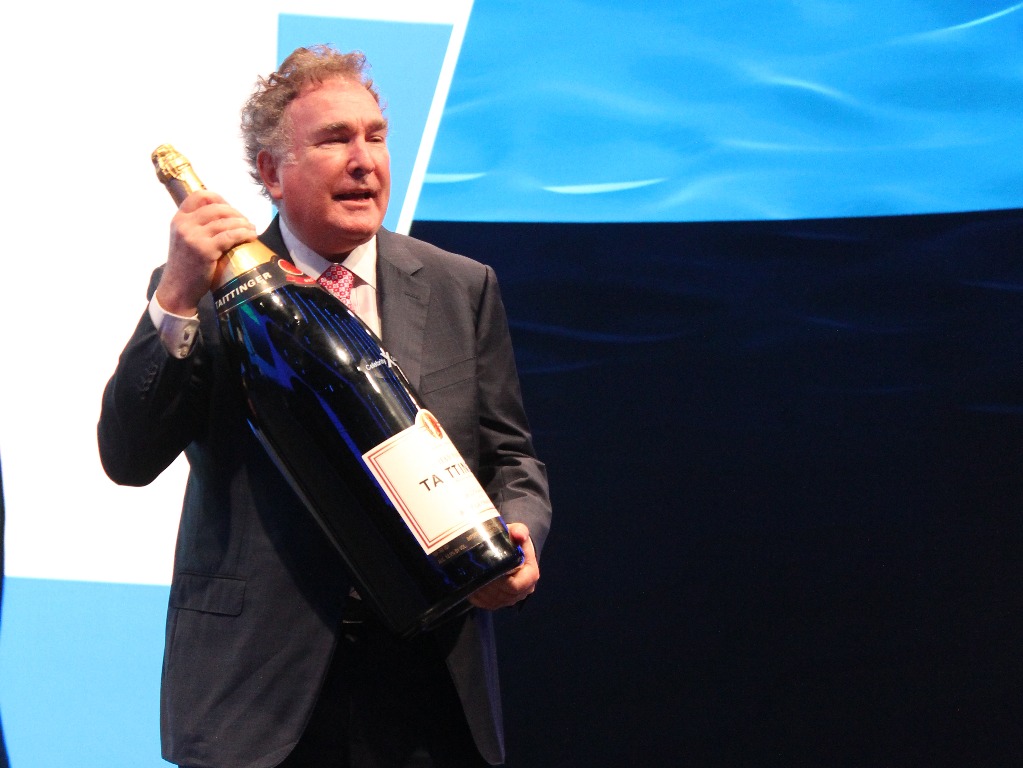 In fact, for such a momentous occasion, Richard Fain, Chairman and CEO of Royal Caribbean Cruises Ltd., explained how a regular bottle of champagne wouldn’t quite cut if for the naming ceremony. Rather, he decided to use a Sovereign champagne bottle to mark the special day, which holds the equivalent of 35 bottles of champagne.

Before pressing a button to release the gigantic bottle of champagne against the bow, Reshma Saujani, the founder of the non-profit Girls Who Code and author of bestseller, “Brave, Not Perfect,” said she was blessed to follow Nobel Peace Prize Laureate Malala Yousafzai as the godmother of the latest Edge series ship. 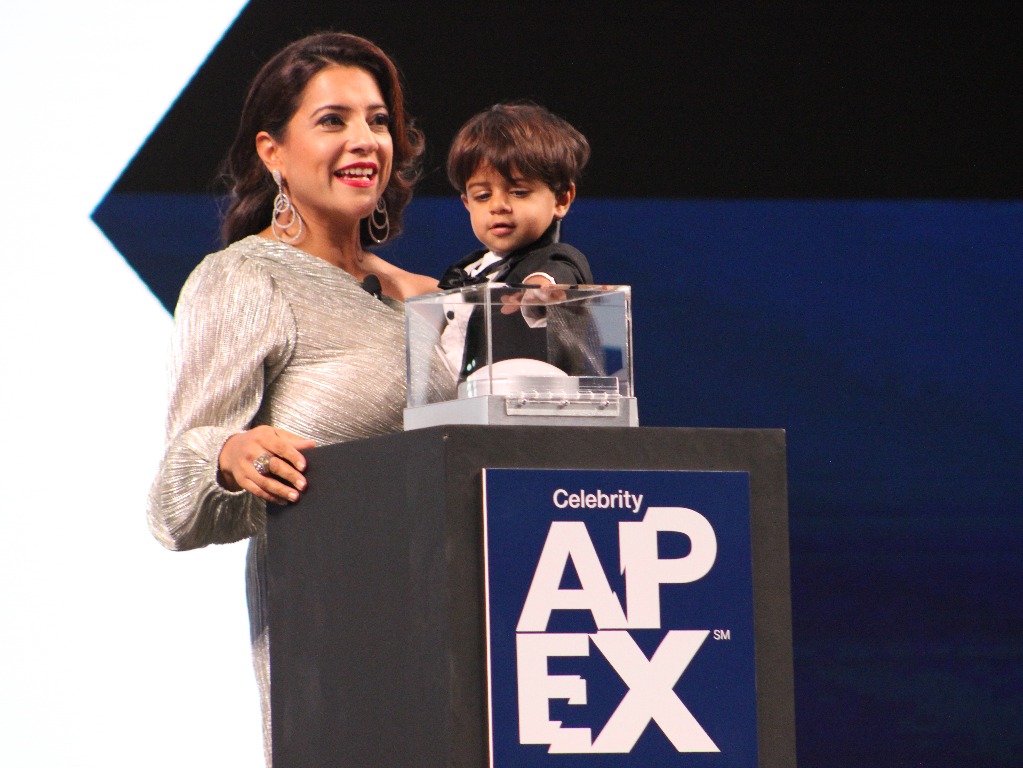 “It’s both thrilling and humbling to serve as the godmother of Celebrity Apex,” said Saujani. “Similar to the mission of Girls Who Code, which is centred around closing the gender gap in tech, Celebrity is leading the way to create a more diverse future in the cruise industry. The brand’s commitment to the cause is clear not only through the leadership of its President and CEO Lisa Lutoff-Perlo, but in its incorporation of on-board STEM programming. I can’t think of a more inspiring place to learn about the wonders of the maritime industry than on board Celebrity Apex and Girls Who Code is honoured to help in this effort.” 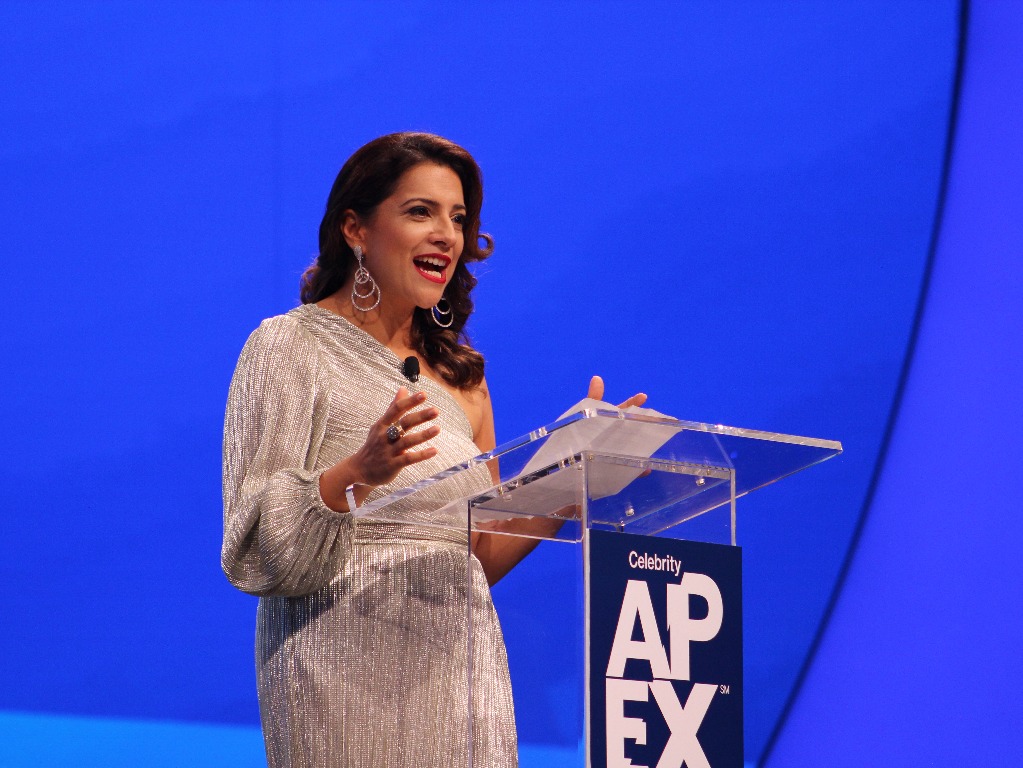 As part of Saujani’s work with Celebrity Cruises, Girls Who Code and the cruise line will collaborate to offer educational coding programs as part of the Camp at Sea S.T.E.M. experiences onboard Celebrity Apex and Celebrity Edge. While aboard Apex and Edge, children aged six to 17 will be able to design and develop two modules based on basic computer science and coding modules covering topics within the Marine Life and Bioluminescence fields. 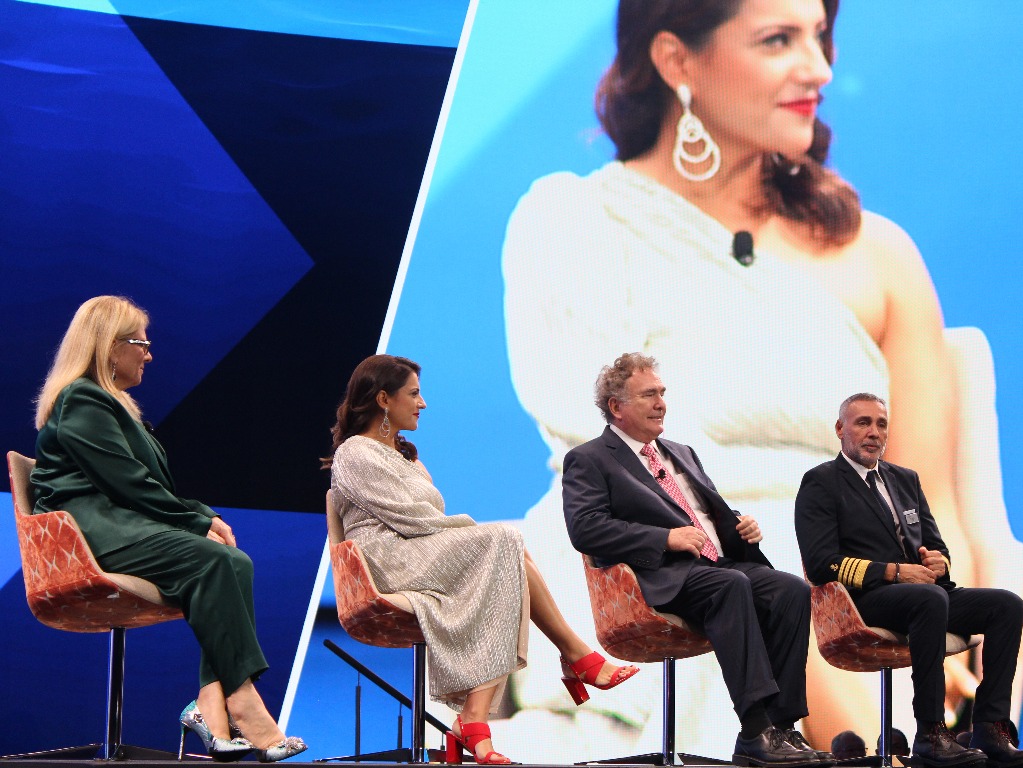 “Someday is here,” she exclaimed. “And isn’t it time?”

Posted in COVID-19, Cruise, News, On The Road Again
Categories