Home › Airlines › An Anniversary No One Wants To Celebrate

An Anniversary No One Wants To Celebrate

A Year In And The Travel Industry Remains In Limbo 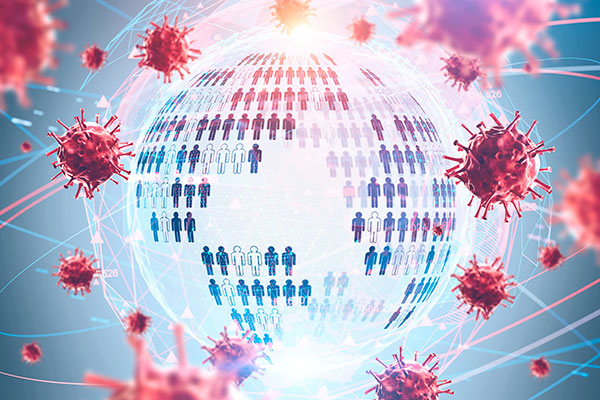 I have been thinking about the passage of time.

In those early days, it passed like a dripping tap … drip … drip … drip … we left our offices, closed our businesses, abandoned our daily routines and barricaded ourselves in our homes because we needed to stay away from each other.

As we scurried to our safe place, we searched frantically for toilet paper, paper towels, antiseptic wipes, masks, gloves and other supplies that we bought in bulk, believing by doing so we’d be protected from something that couldn’t be seen, but we all knew was out there.

At home, we baked bread, played games, watched TV specials, discovered new hobbies, called old friends and did whatever would help pass the time as we waited until – are waiting still, it seems — we were told that we could come out and begin life again.

And here we are. Twelve months later. Where did the time go?

While there are days when it feels like we’re no further ahead — watching the daily case counts rise or fall, learning where the latest hotspots are, wondering whether it will ever end — time has passed.

And in passing much more has been learned about COVID-19 and still more is being learned every day. Four vaccines are now approved in many places and the roll out has begun — although not as fast as some of us would like.

Despite the fact that in those dark, dark days of March 2020 everything was falling down around it, the industry brought Canadians home safely and paid the price for something that it never saw coming and played no role in its arrival.

Since then, it has fought hard for support. It has battled to stay positive. It has circled the wagons and – back-to-back – made the case for the kind of support that an industry that is a major economic contributor needs to survive.

And now, a year in — and on an anniversary that no one wants to celebrate — the industry waits to learn when — and ‘when’ is the big question, isn’t it — it can begin to put the business of travel and tourism back together again.

A year in, travel, to all intents and purposes, remains in limbo.

The industry continues to be shackled by existing restrictions and fears that new restrictions could be implemented at any moment, as governments around the world continue to look for ways to control the spread of COVID-19, particularly the variants of concern that they fear. And there is no indication when that will change.

In those early days, economists talked about what a recovery could look like, warning against allowing a situation to develop in which businesses would reopen and then be forced to shut down again when cases started rising.

For the industry, it seems that this is the situation that has come to pass.

To their credit, travel businesses have tried to restart. Tried to cobble together something, anything that would allow them to generate some, any, business.

Certainly, the cruise industry has seen rolling announcements of the resumption of operations followed by advisories that there would be a further pause in operations as rules and conditions changed.

Airlines, hotels, tour operators, travel agents have all experienced similar situations, seeing the glimmer of a possible path forward, only to see it dashed when governments implemented new and stricter travel restrictions.

That has certainly been the case here in Canada so far.

Yet the industry continues to fight to find any spark of light.

Beyond the expectation that the announcement of a government support package for Canada’s four major airlines is imminent, the industry is also talking about the pent-up demand for travel that will drive the recovery once people are able to move more freely than they can now.

I hope that will be the case, but I worry that things may not play out in quite the way that’s expected.

Right now, the conversations about vaccination passports and other rules and/or restrictions that countries will have in place when COVID-19 is ‘under control’ are worrisome in terms of how such requirements will impact on consumer travel intentions and demand; although initial surveying of consumers suggests that they are being received positively.

Perhaps more worrisome is the growing belief that COVID-19 and the new variants are not going away any time soon. That it will be endemic.

And the question is, if that is the case, how will people respond; how will it impact on their decision to travel or not to travel?

It is also something that is out of the industry’s control — like many of the things that it has experienced in the last year — and, as we all know, for the travel industry, the worst damage is done when things are out of its control.

But let’s be positive.

Right now, the people that we’re hearing from here at Press Today, Canadian Travel Press and Travel Courier are saying that consumer travel intentions are strengthening and the input that travel advisors are getting from their clients is positive about their travel plans once people can travel again.

Certainly, there’s a regular flow of travel intention surveys indicating that a growing number of consumers are planning to travel once this is all behind us. And those intentions are growing.

Some are even reporting that they are seeing some business activity — and that’s something to celebrate.

But I still wish I had some better answers for you. Some insights that might make things just a little bit clearer.

Maybe you have an idea of ‘when’ the industry will be able to move forward and how that will play out.

After a year of trying to figure things out, I’d be happy to hear your thoughts.

In the meantime, stay well; stay safe; and, more than ever, be kind.