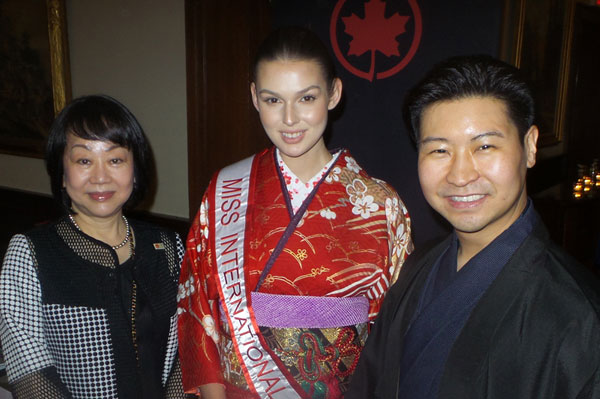 And Stepien, Miss International Canada 2017 and Miss Universe Canada 1st RU 2017, was smitten with her last year’s visit to the Asian nation and is now serving as a tourism ambassador for the Asian nation.

Stepien conceded that she spoke little Japanese during her visit but added she was impressed by how helpful locals were to her, even when there were language barriers.

Stepien’s efforts to promote Japan have earned her appreciation from the JNTO, with Athena Ho of the tourism organization’s Toronto office saying it wants to bring Stepien back to Japan on Air Canada’s inaugural Montreal-Narita flight on June 1.