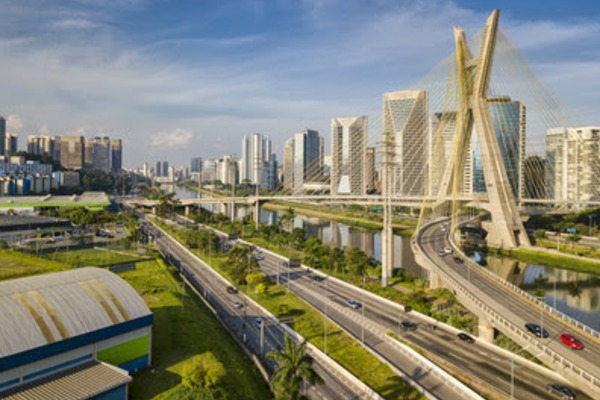 Air Canada has inaugurated the only non-stop service between Montreal and São Paulo, Brazil, marking the beginning of three weekly flights from Montreal until March 27.

“We are very pleased to celebrate the historic start of non-stop service between Montreal and Brazil, marked by the launch of our newest international flight to São Paulo. Complementing our Toronto services, our new flights from Montreal provide another convenient link to Brazil’s largest city and financial centre while offering a great opportunity for Brazilians to enjoy an exceptional Quebec winter vacation,” said Mark Galardo, vice-president, Network Planning, at Air Canada. “São Paulo is one of 13 new international destinations added by Air Canada from Montreal-Trudeau Airport since 2017, further reinforcing our ongoing transformation of Montreal into a competitive, international hub. The Montreal-Brazil route also underscores Air Canada’s strategic expansion to South America, with new flights that launched from Toronto to Quito on Dec. 8, and starting next summer, from Montreal to Bogota.”

The schedule is timed for convenient connections across Air Canada’s network in North America, including to and from Vancouver, Calgary and Quebec City, New York and Boston, as well as to and from several Brazilian cities beyond São Paulo.