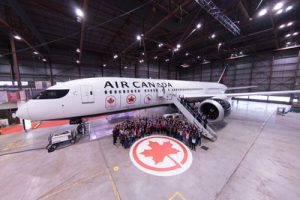 “As Canada’s official airline, we believe our country deserves to be celebrated,” says Benjamin Smith, president, Passenger Airlines at Air Canada. “The Canadian Olympic and Paralympic teams represent the best of Canada, showing off the ambition and drive of our people. We’re proud to be a piece of home connecting those athletes to their country while they’re abroad, and helping to make sure they arrive ready to perform at their very best.”

Through these arrangements, the airline provides special services and transport for competitions. As well, under the renewed agreement Air Canada will:

To further show its support, Air Canada has entered into an agreement with five high-profile athletes who will be featured in a campaign beginning in January. They include figure skaters Patrick Chan, Tessa Virtue and Scott Moir; freestyle skier (halfpipe) Cassie Sharpe; and Paralympic biathlon skier Mark Arendz.