Travelling by car is a great way to see a destination. What are some of the challenges your clients have encountered while on the road that they laugh about after? 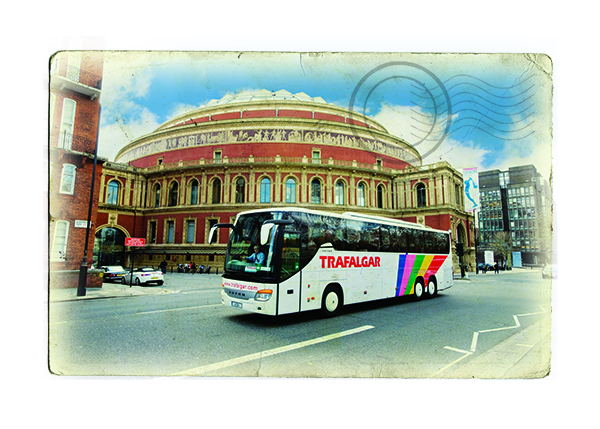 Roundabouts in the UK and using stick-shift gears on the side they are not used to
– Lynda Westlake ON, Goliger’s Travel Plus

ooking for Gas station to top off tank before returning to depot. GPS shows direction to gas stations that are closed.
– Ian Soo ON, Drum TravelPlus

Driving in Ireland on the narrow roads between hedgerows, often among tour buses.
– Joan Patterson ON, Maritime travel

The size of the roads in France were like bicycle paths.
– Mary Paterson SK, Carlson Wagonlit Travel

Getting lost in Seville and later Malaga.
– Chris Walden BC, TPI Walden Tours

gas versus diesel, except they really didn’t laugh when they had to pay for it
– Lisa Doney ON, Destinations Travel and Cruise Centre

turning on the windshield wipers when they mean to activate the blinker
– Randy Hughes ON, TravelOnly

always getting caught on a bend with a transport coming in opposite direction
– Virginia Viragh ON, Uniglobe Donaldson Travel

Going the wrong way on the road and having animals block the roadway GPS sending them on a wild goose chase
– LINDA SHARP ON, TRAVELPOINT

Car breaking down on the off ramp at the airport…..although I wouldn’t say they laugh about it now, but the issue was quickly resolved.
– Jennifer Meyer ON, Goliger’s Travel

GPS took them to a very strange area which did prove to be interesting after all.
– Sheila Armstrong BC, CruiseShipCenters Westwood

All the bikers in Amsterdam! Makes it tough for vehicles, even though there are designated areas for bikers.
– Vicky Reimer MB, Flight Centre

I had clients rent a car in Ireland and they requested mid size, but all they had was economy , they could only fit one suitcase in the back and the other on the roof and were very squished.
– Lisa Bruno AB, Marlin Travel

when the road was blocked by a flock of bison
– Jonathan Rances MB, EASYWAY LIFESTYLE powered by BYOTA

Not being able to find a camp ground then spending the night parking the motor home on an ocean cliff some where in France not knowing who owned the land and hoping ti was not private property. Ooops… as it turned it is wasn’t.
– Sandra Lawrason ON, DBSchenker

Running out of gas. They were enjoying the road so much they forget to stop and fill up.
– KAREN PICART ON, Airmiles reward miles

Being stopped by the Mexican army at gunpoint.
– Julie Evans AB, Newwest Travel

Caught in a heavy snow storm and need to overnight in the car…
– David Razon QC, Uniglobe Voyages Lexus

Not being able to find the gas tank on the car.
– Eleanor Shannon ON, Travel Professionals International

I always suggest the get a Michilen Map before leaving Canada. Make themselves familiar. Funny stories: Going into a town into the Costa Bravo in Spain….not knowing where to turn to get to the hotel. Turning onto a road that was a staircase…..followed by a Mercedes……went thundering down the steps to end up in front of the hotel!
– Carol Neary AB, Newwest travel

GPS took them into the wrong country..yikes!
– Dorene Eggink ON, verstraete travel and cruises

Woke up to a flooded tent on the Great Ocean Road in Australia. Everything soaked. Finally got the car all packed up and ready to go when they noticed the car had a flat tire… had to change the tire in the pouring rain
– Blair Pearson AB, Flight Centre

going up the mountains in Portugal in a mini copper and being passed by a bike
– Fraudelle Glaser ON, Carlson Wagonlit

The traffic cameras in Europe – but they don’t laugh at that after, as these tickets are really expensive and there is a service fee for that from the car rental agency.
– ANITA MICHALCZEWSKI ON, VCAA SCO (WATERLOO)

locked the keys in the back of the convertible
– Donna Stockwell ON, Lakeview Travel

breakdown in Doha, on the side of the highway, only my clients and the CAMELS!
– Diane Dafoe NS, Dafoe Travel Group Inc

Driving through rural Costa Rica is a must because around every corner is something beautiful but the maps are awful and there are no road signs or house numbers. Its quite challenging.
– Danielle Torres ON, Flight Centre

stopping for Moose on the road
– janet brock ON, kawartha lakes travelplus

Getting a speeding ticket in Italy – not only did she receive the ticket about two months after her trip – she was also fined by the rental company.
– Jaclyn Breadon AB, Marlin Travel

A bear that climbed on the hood of the car and had a staring contest with those inside
– Leah Shilliday AB, Vision Travel Group

donkeys on the road and putting head into open window and eating the popcorn out of their bag – roads just ending with no warning and not noted on the map
– Barbra Huston ON, Maritime Travel

Lisbon because even though they had a pre planned rental, they didn’t bother picking it up and rented locally and were charged exorbitantly and had to laugh at their stupidness
– Cheryl Wozny BC, Tripzter Travel