Have any of your clients ever told you that they enjoyed an airport delay? If so, what amenities or services kept them in good spirits? 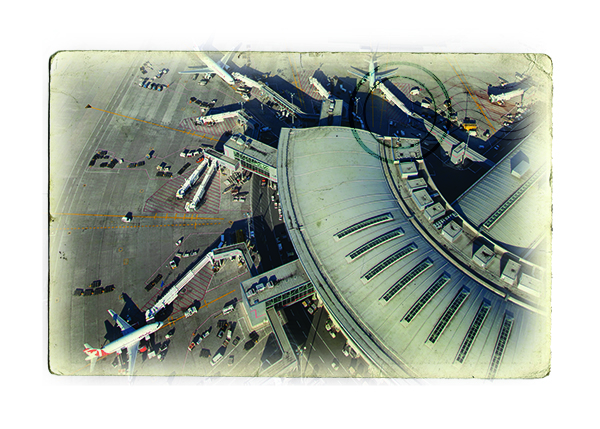 No one ever really enjoys a delay, however, I did have a client, who was stranded in Frankfurt, tell me how much they were trying to help her, and make her comfortable during her delay.
– Vicky Reimer MB, Flight Centre

VIP Lounges are a blessing when there are delays.
– Natalie Fenton ON, CWT Youlten Travel

Several clients were on their way to Tel Aviv but the plane had some mechanical difficulties in Toronto so they were taken to the Royal York Hotel for 2 nights because the next day was the Sabbath and El Al doesn’t fly on the Sabbath. They were treated royaly.
– Sharon Pisesky AB, Europa Travel

I personally loved having a long layover in Schiphol Airport in Amsterdam!
1) Free WIFI is always a huge perk. Almost every traveller has a smart phone or tablet with them.
2) Comfortable chairs, with nearby plugins (to keep devices powered). Not having armrests in between the chairs, so that you could sleep if having a REALLY long layover.
– Jacob Golka AB, Flight Centre Southgate

The airport delay in Glasgow was the best! They put up a sign as soon as you walk in the entrance with ‘how long from here to get onto the airplane’ and LESS THAN 10 minutes is on the board!!
– Donna Stockwell ON, Lakeview Travel

Just heard back that a couple were bumped from a flight and were put up at a hotel with meals et al AND were given enough money (real not credits) that paid for their trip.
– Ward Levine ON, Expedia CruiseShipCenter Peterborough

SIN airport is the best with a theater and swimming pool and various lounges there is so much to do and if the delay is really long you can always check into the Transit Hotel for a nap and a shower!
– Marianne Bradshaw AB, Tier One Travel

No one enjoys delays. One elderly gentleman ended up in AMS for 3 days during the volcano and didn’t notify his family. He met a lot of new friends but his wife wont let him go alone again!
– Karen DeBeer ON, Verstraete Travel & Cruises

Clients love the First Class Terminal at Frankfurt airport – said they would be happy to be delayed for days there. It’s a separate terminal for first class passengers with a cigar lounge, restaurant, private security, shower attendants and so forth. Your attendant comes to get you when flight is departing and you choose your luxury vehicle to take you across the tarmac to your flight.
– Sarah Hupalo ON, Goligers Travelplus

Yes, in Amsterdam. Firstly, the small extension of the Rijksmuseum at Schiphol and then a chance to freshen up at the Yotel.
– Chris Walden BC, TPI Walden Tours

One client, they had an airport delay in London Heathrow and now they purposefully plan for longer connections. They like a particular restaurant there.
– Kimberly Faber ON, Merit Travel

Wedding Group of 40 people got to experience another resort and I didn’t get a SINGLE complaint… Suppose to fly home on Sunday and didn’t return until Monday… NO complaints.. I was shocked.
– Ashley Varey ON, Carlson Wagonlit Blowes Travel

Customers seemed to like the easy airport which are many,, but also like airports with things to keep them busy during delays.. like Amsterdam!
– Kelly Watson SK, WestWotld Tours

My clients had a long stop over in Minneapolis because of bad weather. They were given vouchers for food and played card games. They had a good time.
– Ruth Neufeld MB, South East Travel