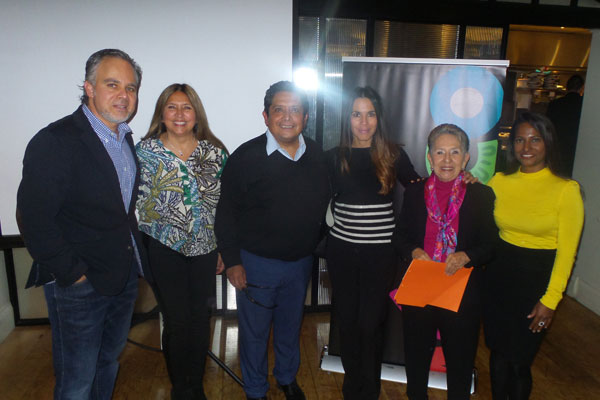 Acapulco will soon host cruise vessels that enable those wanting to see Mexico’s Pacific coast by sea to either begin or end their sailing in Mexico’s oldest tourist resort.

Europe-based Cruise&Maritime Voyages will begin a program in February that will have sailings from Acapulco to Manzanillo, Puerto Vallarta, Mazatlan and Los Cabos. Passengers can also do the route in reverse.

Piquis Rochin of the Acapulco Destination Marketing Office said during a Tuesday Toronto gathering that cruise ships now call in her city but don’t begin their journeys from it.

The upcoming program will be a great showcase for Acapulco, she stated.

“They [passengers] will be impressed. The idea is when they visit each port it will attract their attention to a future vacation,” she said.

“It promises to be very successful. We are very happy.”

Acapulco was Mexico’s first major tourism center but has lost ground to many newer Mexican destinations in recent years.

Tourism authorities note the city has seen a number of enhancements, among them a new airport terminal.

Rochin reported her city now has two convention centers, one found in the downtown core and the other in the newish Diamante part of town.

Rochin said Acapulco – best known for its sweeping bay – also offers the likes of golf courses, some 160 restaurants, a one-mile zipline that has participants travel over ocean water for most of their journey and its famed nightlife.

Rochin said her destination was a “pioneer” in beach weddings and tourism authorities note that next year the city will host a tennis tournament that will include Spanish great Rafael Nadal among the competitors.

“We have everything for everybody,” Rochin continued.

Rochin added that many Canadians make Acapulco “their second home,” with some staying for months.

She also welcomed an upcoming Sunwing program that will have the tour operator send people from Toronto to Acapulco. The program will see flights into March.

Carlos Perez Guevara of The Alba Suites hotel in turn told the audience that good “weather is guaranteed in Acapulco.”

Meanwhile, Rochin had kind words for other parts of Mexico, saying the state of Michoacan is the best place to experience festivities surrounding the fast-approaching Day of the Dead, a time when Mexicans pay tribute to deceased family members.

“Mexico has many charms,” she added, citing archeology, history and colonial towns in a country many Canadians associate with beaches.