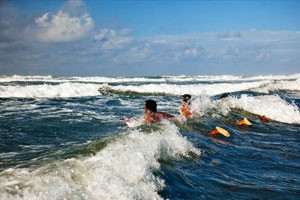 It was a busy summer for Acapulco, with the popular destination welcoming 690,000 visitors and its hotel occupancy rates averaging 67% and at times reaching peaks of 93%.

The figures represent an increase of seven percent in comparison to the same period last year.

Clearly pleased by the results, Pedro Haces, president of the Acapulco Destination Marketing Office, observed, “The occupancy rate in Acapulco continues to grow, and the strong cooperation between the private and government sectors, combined with the striking natural beauty of the destination and its legendary service is the perfect recipe for a brilliant comeback.”

Additionally, the neighbouring towns of Ixtapa Zihuatanejo and Taxco also reported a successful season. Both destinations received a total of 417,000 tourists with a combined average hotel occupancy of 61% with a peak period of 91%.

Ernesto Rodriguez Escalona, Secretary of Tourism for the state of Guerrero, said, “For several years, we have been actively working on the development of Guerrero’s tourism, which is growing dramatically every year. From now through December we have lined up an agenda of promotional activities comprising 29 conferences, 41 caravans, 158 national and international fairs and 20 events of high impact.”