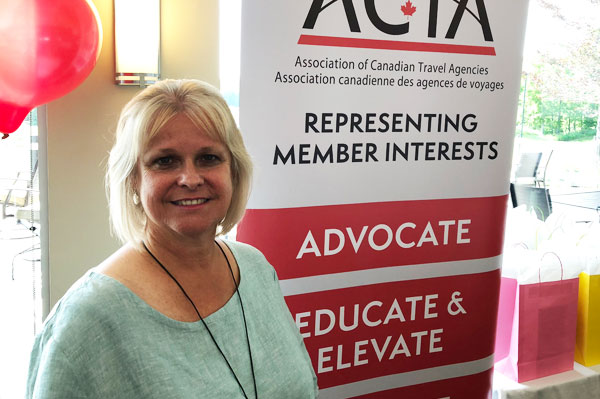 ACTA has released results of a membership survey designed to gather information on travel agency access to the current government financial aid programs.

The association had been aware that some of its members hadn’t been successful in accessing the programs and results from the survey confirm that view.

ACTA’s survey substantiated its concerns, allowing it to provide the government with definite examples of the shortfalls of the aid programs for the travel agency sector.

Wendy Paradis, president of ACTA, said: “We had anecdotal information that not all members qualified or were able to access financial relief from the government programs but we needed data to back up our claims in our lobbying efforts with the government. This survey has given us what we need to go back and demonstrate where the gaps are.”

Highlights of the survey include:

The survey also provided ACTA with additional intelligence, with its members emphasizing that because the travel industry will experience a much longer lag in recovery compared with other industries, it will require an extension of the wage subsidy to the end of 2020, as a much-needed lifeline.

ACTA noted that it’s pleased that the wage subsidy program has been extended until the end of August, but it will continue to advocate for an extension of the program for travel agencies to year end.

It also applauded the expansion of the CEBA program which will now capture sole proprietors receiving income directly from their businesses, businesses that rely on contractors, and family owned corporations that pay employees through dividends rather than payroll.

The association points out that one of the expanded eligibility criteria includes the need for applicants to have non-deferrable expenses (rent, property taxes, utilities, and insurance) between $40,000 and $1.5 million.

ACTA lobbied government for changes to the program, with the hope that the 28% that did not apply due to ineligibility and as highlighted in the survey results, can now access this program.

Another noticeable theme under the Commercial Rent program, was the claim by members that their landlord did not qualify for the program because they did not have a mortgage. According to the Canada Mortgage and Housing Corporation (CMHC) who administers the program on behalf of the federal, provincial and territorial governments, landlords with no mortgages are eligible to apply. Members are encouraged to speak to their landlords clarifying this eligibility criteria.

However, ACTA says that the CECRA program is not without its flaws. Landlords are not interested in absorbing 25% of the rent. ACTA’s recommendation to the federal government, and working with the provincial and territorial governments, is to make the program available directly to the tenant, rather than rely on the willingness of the landlord.

Finally, ACTA is continuing to advocate for the extension of the Canadian Emergency Relief Benefit (CERB) program for travel agents beyond 16 weeks, as this is one program that has benefited both travel agent employees and independent travel agents.