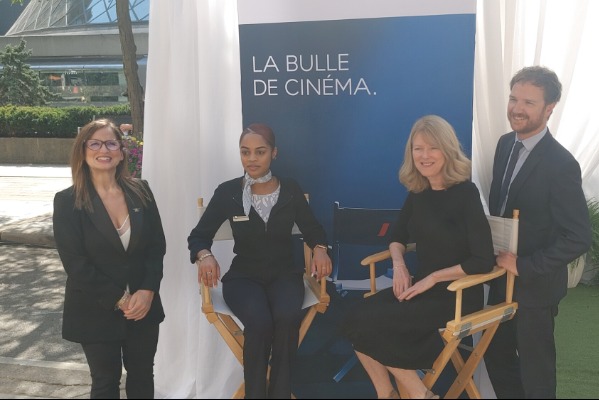 Air France is doing its part to make this year’s Toronto International Film Festival a success, not only serving as the festival’s official airline but also hosting a pop-up lounge in downtown Toronto where movie buffs can experience a moment of relaxation while enjoying lemonade and cake.

Patrons can also have their picture taken in a director-style photo and enter a trivia contest to win various prizes, including two economy Air France tickets from Toronto to the cultural destination of their choice in Europe.

“We are proud of this renewed partnership with TIFF for the 2022 edition and delighted to provide movie fans with an oasis in the heart of Toronto,” said Jean-Eudes de La Breteche, vice-president and general manager Air France-KLM Canada.

Air France currently has 12 weekly flights from Toronto to Paris-Charles de Gaulle. Effective Oct. 30, the airline will have a daily A350 flight as part of its winter schedule.