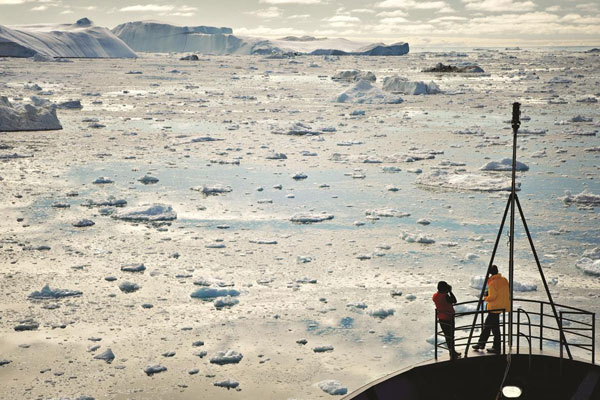 Since the last confirmed sightings of the 1845 Franklin Expedition’s two ships more than 170 years ago, HMS Erebus and HMS Terror have captured the imaginations of aspiring explorers everywhere. The complete picture of what happened to the ships and the 129 crew members is still being untangled through Inuit testimony and research on both wrecks, but much of it remains a mystery to this day.

Adventure Canada secured annual partnerships with Parks Canada in 2017 and 2018 to bring guests to the Erebus site for the first time ever, but true to history, making it to the maritime archaeological site has been challenging for the past two seasons due to extreme weather and ice barriers.

“We’re gearing ourselves up for what will surely be an exciting – and dramatic – quest for the Ocean Endeavour to finally get to this site,” says Cedar Swan, Adventure Canada CEO. “Our guests may be some of the first members of the general public to see the Erebus wreck, through an underwater remote-controlled camera – weather-permitting – as well as the location where HMS Erebus went down, and to meet several of the Gjoa Haven Guardians who are charged with monitoring the wrecksites – which will be an absolutely remarkable Arctic experience.”

Following the disappearance of the Franklin Expedition, the first unsuccessful search party went looking for the missing ships and crew in 1848; through the 100-plus years that followed, international fascination around the lost wrecks ratcheted up to “nothing less than a crusade,” according to some scholars. Approximately 40 expeditions had gone in search of the lost Franklin ships across the years before a Parks Canada-led team located HMS Erebus in 2014. Two years later, HMS Terror was located.

“It has been a challenging two years to get to this point, and we are eagerly anticipating taking our guests to see this significant Arctic archeological site,” Swan says. “It’s such a privilege for Adventure Canada to work with the Franklin Interim Advisory Committee and Parks Canada and be the first to facilitate public access to the site, and to set a standard in sustainable visitations to this and other archaeological discoveries to come in the rapidly changing Arctic.”