An Experience That Will Last A Lifetime 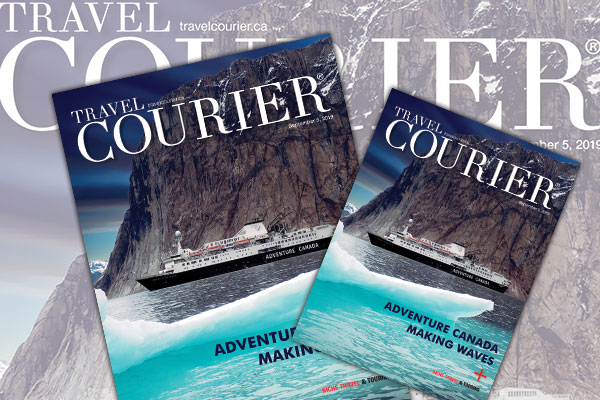 Dawn Bazely wants those considering High Arctic vacations to bear in mind that mighty bruins often seen as iconic of the destination are far from being the only attraction there for nature enthusiasts.

In fact, much of Mother Nature’s summertime handiwork is on the itty-bitty side, she notes.

Bazely, who divides her time between teaching botany at York University and guiding and lecturing on Adventure Canada sailings, realizes such imposing creatures as polar bears, musk-ox and walruses often come quickly to mind when people think of the High Arctic but says summertime plant life – including flowers – often seen can be intriguing as well.

“I’m delighted when guests get amazing photos of the flowers – it’s a lot like the excitement I see on the faces of undergrad students in biology labs,” says Bazely, who has worked in different Arctic regions.

“Actually, the Arctic is a great place to learn flower identification, because there aren’t too many species and someone interested in plant ID can easily master these few species and build their base from which to branch out to learning to sport and identify plants in habitats with greater biodiversity. In southern Ontario, for example, there are estimated to be around 2,200 plant species while there are only 500 in Greenland.”

Adventure Canada, in operation for decades, is likely best known for its Arctic and High Arctic tours, among them High Arctic Explorer, which begins in the remote Nunavut community of Resolute Bay and ends on the west coast of Greenland. This year’s sailing ran Aug. 6-17.

“This is our backyard,” Adventure Canada culturalist Heidi Langille says of the sparely populated terrain covered.

For the full story, check out this week’s cover story in Travel Courier.