Home › Voices of Travel › Voices Of Travel Talks With Aeromexico

Voices Of Travel Talks With Aeromexico

Carrier Is Flying High And It's Full Of Surprises 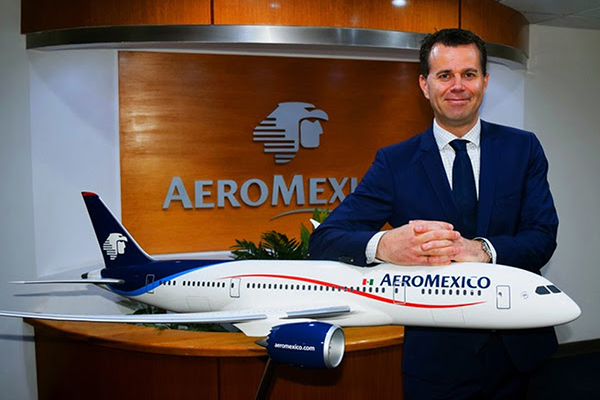 It was judged the best airline in America. It has been recognized for its outstanding foodservice and just last year at the World Travel Awards, it took home the honours as Mexico and Central America’s leading airline brand. It’s also a founding member of the SkyTeam airline alliance. AeroMexico has served air travellers for almost 85 years.

Eight years ago it launched its first Canadian service from Montreal to Mexico City and has continued to grow its footprint in Canada by adding regular flights from Toronto and Vancouver. And beginning May 31, it will add a new seasonal route between Mexico City and Calgary.

With an extensive background in the airline industry in both Europe and China, Paul Verhagen joined AeroMexico in 2016 as senior vice-president for international sales.

In this issue of Canadian Travel Press, Voices of Travel host, Ron Pradinuk chats with Verhagen about some of the exciting things that are going on at Aeromexico these days.

Verhagen reports that he has seen the weekly seat numbers grow exponentially and expresses even greater optimism for Mexico-Canada partnership over the coming months and years.

Listeners may be surprised to learn that AeroMexico was the first airline in the world to integrate SITA WorldTracer baggage tracing service in its passenger chatbot.

Business travel clients will be especially pleased to learn about their free messaging service – in addition to their exceptional amenities which are part of their business class commitments.

The business and leisure links between Canada and Mexico have become stronger and stronger. AeroMexico is playing a major role in forging these connections even more so.

So take a listen and find out more about Aeromexico.

Tagged with: AeroMexico, Podcast, Voices of travel
Posted in Voices of Travel
Categories