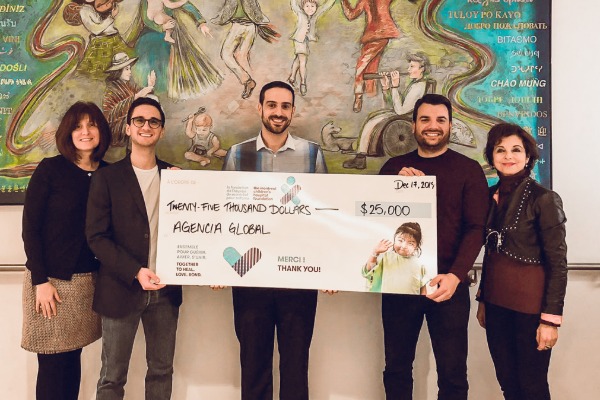 ‘Tis the season of giving… and giving back.

To end the year on a positive note, Montreal-based Agencia Global launched a charity initiative to benefit the Montreal Children’s Hospital, an organization that provides world-class care for thousands of children per year, as well as support for their families.

“Basically, for the month of December, we donated all of our marketing revenue to the Montreal Children’s Hospital,” Ryan Saroli, CEO – Agencia Global told PressToday. “This was a new endeavour for us and it was a great success. Today [Dec. 17] we dropped off a cheque for $25,000 at the hospital.”

To raise the money, the company reached out to its airline partners with an offer that 100% of the dollars spent on promotional marketing on the booking platform by airlines during the month of December would be donated to the hospital.

All the money will go towards the Craniofacial Surgery program for surgical and clinical treatment for children who have congenital anomalies to the head, skull, face, neck and jaws. It will support an elite team of specialists that includes neurosurgery, dentistry, orthodontics, speech pathology, audiology, genetics and respiratory medicine, among others. Every year, the Craniofacial team follows 200 patients who require all day and multiple surgeries, and long-term follow-up.

Agencia Global recognizes it is a “privilege to be able to support such a life-changing program, and we hope to do even more in the years to come”.