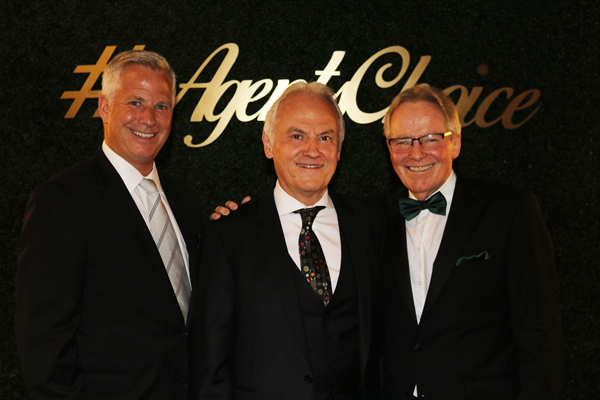 Being presented with the W.H. Baxter Lifetime Achievement Award at last night’s second annual Agents’ Choice Awards Gala is just the latest highlight for a man whose career and life have seen many lofty achievements.

His efforts to create a better world have also earned him a spot in the Ontario Special Olympics Hall of Fame.

Under his leadership, the Chelsea Hotel has held fundraising events to benefit the likes of Habitat for Humanity Toronto; Special Olympics Canada, SickKids Foundation, which serves Toronto SickKids Hospital; and JDRF.

“Whether taking care of the needs of his guests and employees or the demands of the owners of Canada’s largest hotel, Ebner is a true globe-trotting hotelier,” Baxter Media executive-editor Bob Mowat said while announcing the award at the Agents Choice Awards Gala last night.

“Josef is really an icon in the [hotel] industry,” added Terry Mundell, president and CEO of the Greater Toronto Hotel Association, who presented Ebner with the award.

Mundell praised Ebner for, among other things, helping get Toronto’s hotel industry back on track during the 2003 SARS crisis. “When the chips were down, Josef was there.”

Ebner – who’s worked in the tourism industry for 56 years, starting at the age of 14 in his native Austria — fondly recalled his long tenure in the hotel industry, much of which has been spent at the Chelsea.

“I’ve been a lucky guy to run the Chelsea,” he said.

All smiles as they pose for the camera, from l to r, are Terry Mundell, president and CEO of the Greater Toronto Hotel Association; the 2019 recipient of the W.H. Baxter Lifetime Achievement Award, Josef Ebner; and Baxter Media’s president, David McClung.