Home › Airlines › Air Canada Takes Off From Quebec To The West

Air Canada Takes Off From Quebec To The West 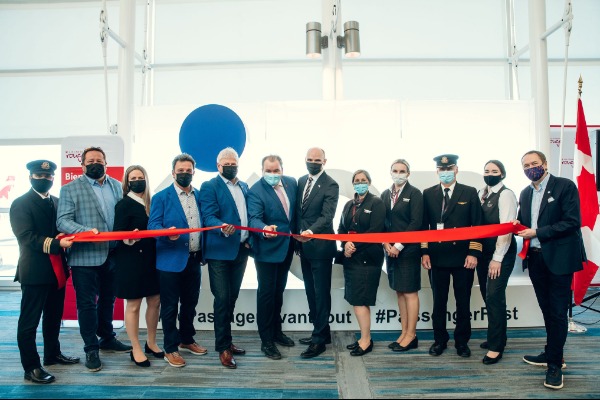 Air Canada has launched non-stop service between Quebec City and Calgary. The service operates four times a week and it has also introduced flights to Vancouver that will operate up to three times a week.

These new seasonal domestic routes, which will operate until the end of October, will be operated by Air Canada Rouge on an Airbus A319, featuring Premium Rouge and Economy class, product enhancements including upgraded streaming entertainment and options to purchase high-speed wi-fi.

The carrier also offers daily flights to Quebec City out of its two eastern hubs, Montreal and Toronto, and will increase capacity during the peak summer season. This is in addition to two other new routes which started in December to Fort Lauderdale and Orlando, and to the increased frequency to Punta Cana and Cancun.

Rheault continued: “Quebec City, Calgary and Vancouver have a lot to offer and share. These new services will meet the growing demand from the Quebec City market for travel to Western Canada, while at the same time allowing tourists from Western Canada to discover and enjoy Quebec City, one of the most famous destinations in the country, with its important cultural and historic sites. Air Canada’s diversified schedule demonstrates its commitment to Quebecers and its desire to better serve the Jean Lesage International Airport, a long-time partner. Our leadership and unique extensive network will stimulate the recovery of the travel and tourism industry.”