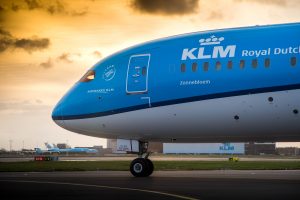 Air France and KLM have released their winter schedules and will be operating 47 weekly flights between Canada and Europe during the winter season – Oct. 30 through March 25, 2017.

Air France will offer 22 weekly flights from Montreal, Toronto and Vancouver. The airline will be flying between Montreal and Paris 12 times a week, and once daily out of Toronto. There will be three departures a week for the direct Vancouver-Paris flight inaugurated in 2015.

Air France’s Montreal-Paris service now offers new options with departures will at 6:25 p.m. and 9:45 p.m. The airline will begin introducing its BEST seats on its Montreal flights in February. Many Toronto flights will also be equipped with the new seats, and effective Nov. 23, also available out of Vancouver.

Passengers from the Quebec City area will continue to benefit from Air France’s free daily shuttle service, connecting them with departures on flights 344/347 at Montréal-Trudeau, and shuttling them back to Quebec City upon arriving on flight AF 344.

Calgary travellers will fly aboard a Boeing 787-900 Dreamliner five days out of six. And, effective Oct. 31, passengers will go through the airport’s new Terminal D.