Home › Airlines › A Celebration To Remember

A Celebration To Remember 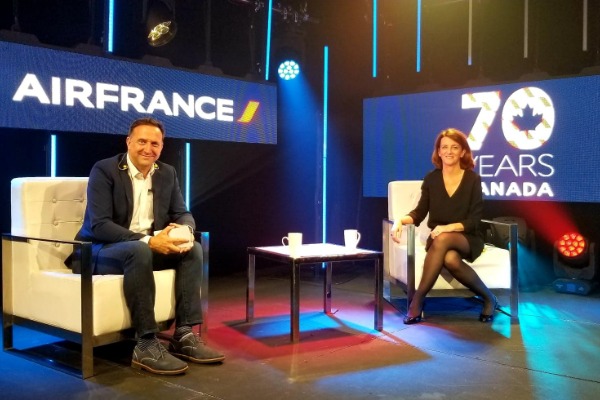 Air France celebrated the 70th anniversary of its Canadian operations, inviting its partners, suppliers, employees, members of its sales network and its customers to join it for a virtual event to mark the occasion.

The carrier’s presence in Canada dates back to Oct. 2, 1950, when an Air France Lockheed Constellation 749 touched down at Dorval airport after stopovers in Shannon and Gander. The first outbound Montreal-Paris flight departed on Oct. 5.

Air France KLM Canada’s vice-president and general manager, Catherine Guillemart-Dias was centre stage for the event, talking with host, Jean-Michel Dufaux about the airline’s accomplishments in Canada over the past seven decades

Guillemart-Dias observed that: “Despite the circumstances, it mattered to us that we mark this milestone moment in our history and thank everyone who contributes, in their own way, to the history of Air France Canada.”

And Air France KLM Canada’s vice-president and general manager continued that: “Being by our customers’ side, providing reassurance, and working with our trade network – this is what we do with passion and engagement at Air-France KLM, along with our sales colleagues at Delta, which has proven to be key in the current context.”

The virtual celebration featured a stellar line-up of special guests, including:

Ben Smith, CEO Air France KLM, offered the audience: “A big thank you to our customers for supporting us over these 70 years. I took Air France for the first time from Montreal-Mirabel to Paris over 30 years ago and I remember every moment of it.”

Anne Rigail, CEO Air France, who observed: “In 2019, we chose Toronto as the destination of the inaugural flight of our new long-haul aircraft, the Airbus A350, a high performing aircraft that meets our ambitions in terms of sustainable development, a major challenge in which the air industry and Air France have a decisive role to play.”

Kareen Rispal, French Ambassador to Canada, pointed to the strong connections that exist between Canada and France, telling those attending: “In 2019, 680 000 French people came to Canada for tourism, which mad us the 4th country of visitors. On the other side, more than 1,2 million Canadians came to France.  In Europe, France is the favorite destination of Québecois, but also the second favorite for English-speaking Canadians.”

Henri de Peyrelongue, EVP Commercial Sales Air France KLM, explained: “Our core priority in the midst of this challenging crisis is the wellbeing of our customers and employees. We have worked hard to meet health and safety expectations by implementing the highest standards across every step of the travel chain. We have also, in response to your legitimate request for more flexibility during these uncertain times, adapted our sales policy to enable you, should you wish to, to change your booking or obtain a refund or credit voucher.” 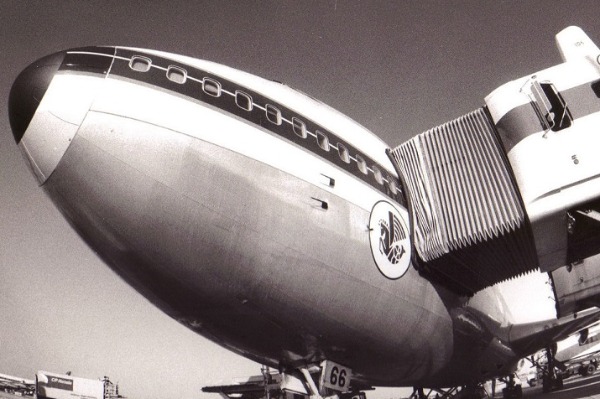 The 40-minute presentation also featured were archival images and footage, a variety of anecdotes, messages from executive management, and behind-the-scenes videos from employees who talked about their work, how technology and the fleet evolved over the years, and the values that drive the teams.

And it closed with messages of congratulations from Air France Canada’s key partners — Delta Air Lines, WestJet, Atout France and the Montreal, Toronto and Vancouver airports.

In November and December 2020, Air France will operate 10 outbound flights a week from Canada in November and up to 17 in December, aboard Boeing B787s and Airbus A350s.

KLM will resume flying out of Edmonton effective Oct. 29 with ‘circular’ flights twice a week.  Outbound:  Edmonton – Amsterdam direct.  Inbound:  Amsterdam – Calgary – Edmonton for a total 17 KLM weekly flights, to which will be added 2 all-cargo flights to Toronto.