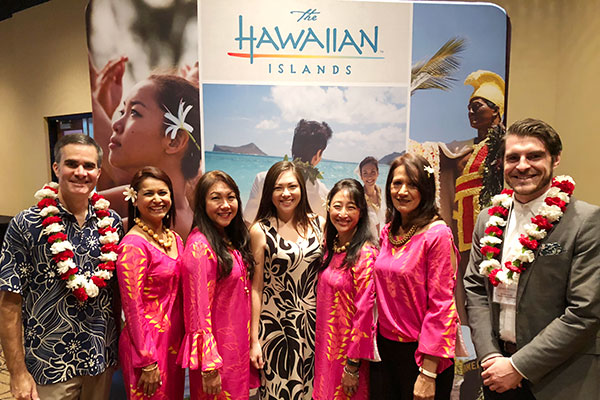 It was a Hawaiian affair last night as Hawaii Tourism Canada hosted around 200 agents in Toronto as part of an Aloha Canada 2018 road show, which will also make stops in Vancouver and Edmonton this week.

And with the fireworks of the eruptions of the Kilauea volcano on the Island of Hawaii now over, the message for agents was certainly that after a somewhat difficult summer, Hawaii is open for business. It should be noted as well that the area affected by the volcano that caused weeks of lava flows and smoke, starting back in May, is only a small part of the island.

Agents were treated to a trade show, presentations, dinner and Hawaiian entertainment. Representatives from Maui, Oahu, the Island of Hawaii and Kauai were on hand, as well as hotel and resort, attraction and tour operator representatives. 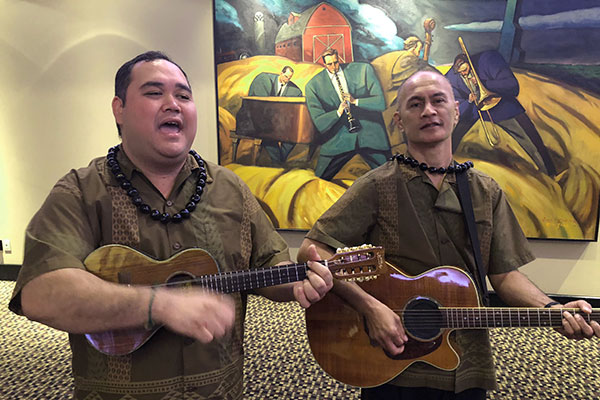 The night also included prizes with the grand prize winner being Donn Dougherty of Marlin Travel who won a Hawaii package including flight credit from Air Canada Vacations, three-night stay at Outrigger Reef in Waikiki, helicopter tour for two with Novictor Helicopters and a Polynesian Cultural Centre package.

“We had a fantastic turnout at the second annual Aloha Canada event in Toronto. With more than 200 attending agents, media and travel professionals, it’s clear that Canadians love Hawaii – and 2019 already looks like a great year for travellers heading to the islands,” said Colin Wood (pictured left, top photo), director of Hawaii Tourism Canada.

The big news from the Island of Hawaii is last month’s reopening of Hawaii Volcanoes National Park.