Sandals Resorts International Is Ready To Mark A Memorable Milestone 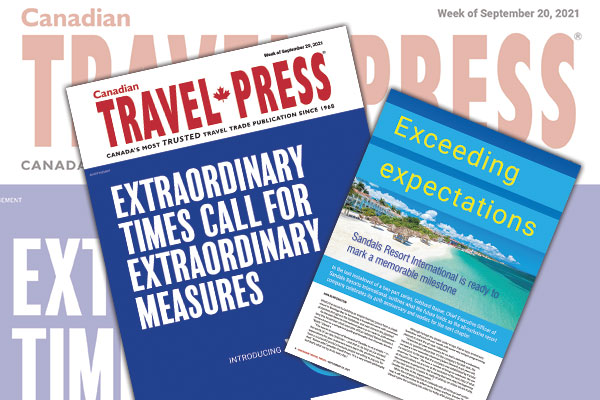 In the second part of an exclusive two-part interview with Sandals Resorts International’s CEO, Gebhard Rainer outlines what the future holds as the all-inclusive resort company celebrates its 40th anniversary and readies for the next chapter.

He talked with Canadian Travel Press’ Ann Ruppenstein about the secret of Sandals’ success, explaining that it comes down to a simple but guiding philosophy from founder Gordon “Butch” Stewart.

“The secret to success of the brand of Sandals is very simple — in the words of our late chairman — and that is: as long as you exceed expectations for your customers every day in life, you know that you have a successful product because people are willing to pay you for that,” Rainer tells Canadian Travel Press. “It’s a very simple philosophy but that’s what we try to do every day.”

Although he kept the details under wraps, Rainer says anniversary festivities will kick off next month with some very unique programming planned to mark the 40-year milestone.

“I think the 40-year anniversary for us that’s definitely a milestone there’s no question of that. It’s the company’s fortieth year, the company’s new executive chairman [Adam Stewart] is 40 years old, he was born in the year that the company was established by the late chairman,” he says. “We have a number of things to celebrate. We are at the point where we are now at the evolution of the next step of what this company is going to be. We’re taking that next step, the beginning of the next seven to 10 years to really double up on where we are today. Double the size of the organization.”

For the full story, don’t miss the latest issue of CANADIAN TRAVEL PRESS.