Home › News › Always Ready For The Next Evolution

Always Ready For The Next Evolution 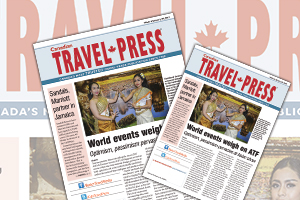 If you’re a student of travel industry history, you might just recollect a group of 10 travel agents in Brooklyn, New York – led by Warren Buckner – who banded together to launch the Greater Independent Association of Travel Services or GIANTS.

Not only did that group create one of the more memorable travel industry acronyms, but over the past 50 years, GIANTS has taken a leading role in establishing the foundation that has became the bedrock on which the travel agency-supplier relationships that we see in the industry today have been built.

During those formative years, the goal of GIANTS was to gain greater buying power and to increase its influence with travel suppliers for both the agency members of the group and for their customers.

It was a change-embracing group and after 36 years – in June 2004 – it recognized the need to re-invent itself, re-branding as Ensemble Travel and explaining at the time, that it had evolved as an organization and its new name was a reflection of that evolution and a signal of its future direction.

But company officials also made it abundantly clear that Ensemble Travel and its members would never forget the lessons learned during the group’s early days.

It is a story that kind of takes your breath away when you realize that Ensemble Travel – originally GIANTS – celebrates its 50th anniversary in 2017.

In the first part of a three-part series, CTP’s executive editor, Bob Mowat sits down with the group’s co-president, Lindsay Pearlman to talk about the group and where it’s been, where it’s at and where it’s going.