Home › Airlines › American Airlines To Take Off From Halifax

American Airlines To Take Off From Halifax 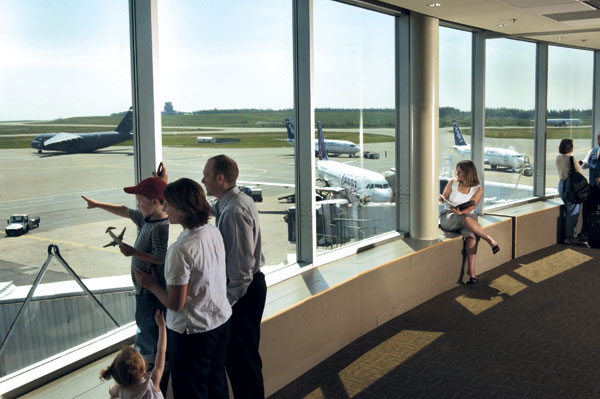 Next year, travellers from Halifax Stanfield International Airport can once again take to the skies on American Airlines.

“We’re delighted to welcome American Airlines back to our community. The addition of American Airlines’ service to Philadelphia and New York LaGuardia to our network for Summer 2019 is an important step in strengthening traffic between the US and Halifax, the province and Atlantic Canada as a whole,” says Jo-Anne McLean, director of Air Service and Terminal Business Development, HIAA. “These routes will provide business and leisure travellers with more options and more choice, and boost inbound tourism to our region.”

Both routes – once daily to Philadelphia and once weekly to New York – will use Embraer 175 aircraft, featuring a 12-seat First Class cabin and a 64-seat main cabin.

Passengers flying to Philadelphia and LaGuardia will benefit from Halifax Stanfield’s U.S. Preclearance Facility, which enables US-bound passengers to go through U.S. Customs and Border Protection in Halifax before they depart for their flight.