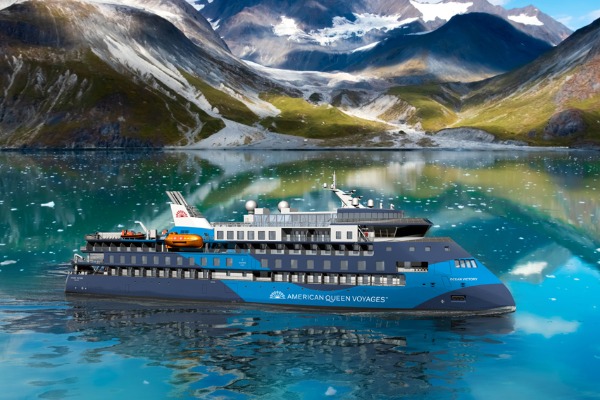 The acoustic ecologist is a leading expert in the communication of North Pacific humpback whales, profiled along with her Sound Science Research Collective team in the acclaimed documentary “Fathom”, now streaming on AppleTV+.

As part of the partnership, Fournet and the Sound Science Research Collective will collaborate with the American Queen Voyages expedition team and California Polytechnic State University researchers as Ocean Victory becomes an extension of their research lab.

Sound Science Collective hydrophones will be used onboard Zodiacs to listen to the voices of Alaska’s whales in real-time. Guests will also learn and participate in whale tracking through fluke identification by uploading their own photos from the vessel to a scientific database following their seasonal movements.

The Ocean Victory will sail between Vancouver, B.C. and Sitka, Alaska on 13-day journeys and feature ports of call that larger ships cannot access, including Baranof Island’s eastern coast.

Sailings are available in May through Sept. 2022.

Go to www.AQVoyages.com for more.