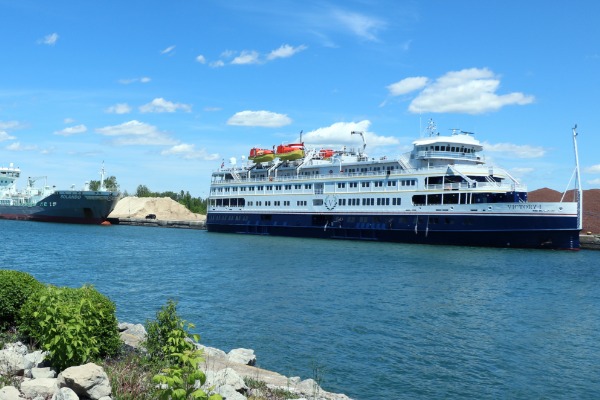 American Queen Voyages has announced that it will renamed Victory I and Victory II, as the Ocean Voyager and the Ocean Navigator when the vessels re-enter service in early 2022.

Ocean Voyager begins its 2022 season January 4 with immersive Mexico and Yucatán Peninsula itineraries and Ocean Navigator will debut in Savannah April 10, sailing up the eastern seaboard towards the Great Lakes for the summer season. The two vessels are currently in Port Royal, South Carolina undergoing minor renovations preparing for the upcoming season.

Go to www.AQVoyages.com for more.