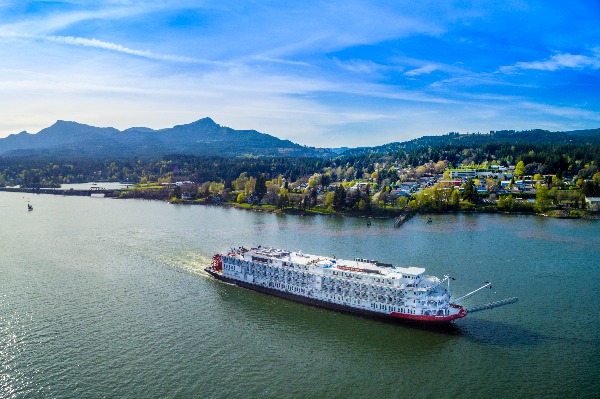 American Queen Voyages has released its 2024 season, marking the furthest in advance a season has opened for reservations in the company’s 10-year history. Offering River, Lakes & Ocean and Expedition cruising on its eight-vessel fleet, the 2024 season release follows the achievement of several milestones in 2021.

These include the rebrand of American Queen Steamboat Company and Victory Cruise Lines into American Queen Voyages, the American Countess christening and inaugural season, the company’s 10th anniversary, the opening of the new Fort Lauderdale office and multiple record-breaking booking days throughout 2021.

Itineraries for the 2024 season provide guests with a diverse collection of amazing cruise experiences with an emphasis on encounter-driven travel along North America’s waterways.

The release of the 2024 season also follows the recent transformation of American Queen Voyages Lakes & Ocean vessels, the Ocean Voyager™ and Ocean Navigator, previously named Victory I and Victory II under Victory Cruise Lines, which will chart new routes as revealed in the 2024 season launch.