An Important Shift In Thinking 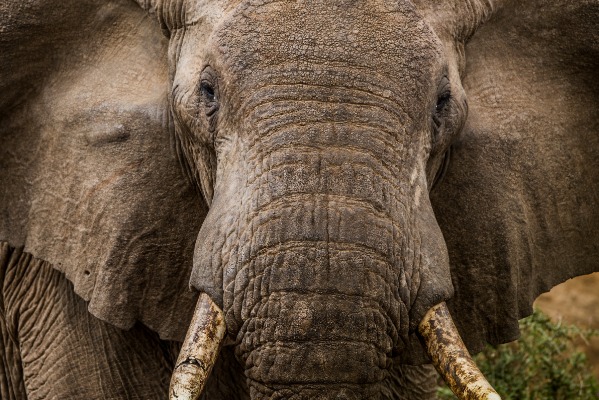 Northern Kenya’s Reteti elephant sanctuary makes it clear that it doesn’t want to provide indefinite pachyderm parenting to those it’s caring for.

In fact, the sanctuary notes its goal is to see the weighty orphans that it’s nurturing eventually returned to their own kind, becoming part of a burgeoning area elephant population, with that growth a contrast to what’s happening in many other parts of Africa that are seeing elephant numbers falling at alarming rates.

Reteti opened in August 2016, with the first orphaned elephant arriving in September of that year. Since then, more than 35 elephants have been cared for by sanctuary staff, 10 of which have subsequently been returned to the wild.

National Geographic photographer, writer and film-maker Ami Vitale – who has made a movie about Reteti, which will be screened today (Aug. 12) on World Elephant Day – says from the start Reteti differed from elephant sanctuaries elsewhere in Africa.

“This is the first Indigenous-owned and run elephant sanctuary in all of Africa,” reports Vitale, wildlife ambassador for The Travel Corporation’s TreadRight Foundation. “This signals an important shift in thinking, where communities living with wild elephants are taking ownership and care of the wildlife they coexist with. 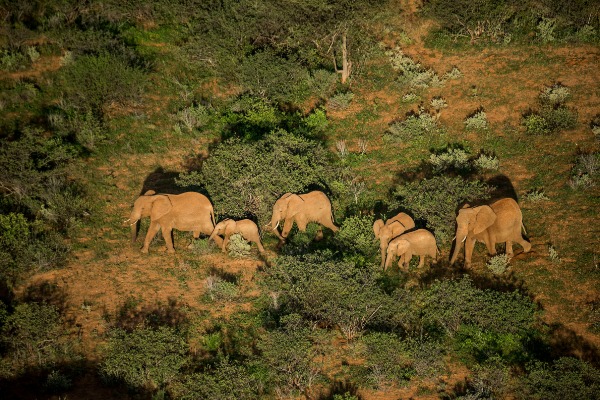 Most sanctuaries have been created by people from outside the community where the elephants come from, but here it is significant because the people living with the elephants understand their importance and also that they can benefit from wildlife and create a healthy ecosystem for everyone. The communities understand that elephants are the ecosystems’ ‘engineers.’

The elephants feed on low brush and bulldoze small trees, promoting growth of grasses, which in turn attracts bulk grazers like buffalo, endangered Grevy’s zebras, eland, and oryx, themselves prey for carnivores: lions, cheetahs, wild dogs and leopards. Having all of these animals makes a better habitat for their own livestock.

“This sanctuary is not only beneficial to the orphaned elephants, but it is strengthening the bonds between the pastoralist communities and the wild elephants they coexist with. The community is incredibly proud of their achievements, and it has changed how they view the wild elephants.”

Newly arrived Reteti elephants are placed on a milk formula, and can’t be returned to the wild until they can be safely weaned from that formula, which usually happens when they’re around four or five years old. They often stay at the sanctuary for at least four years, as they’re unable to care for themselves at a very young age.

Poachers are claiming large numbers of African elephants but Vitale says that is no longer the case in Kenya, with only 11 elephants lost to poaching throughout the country last year. Only one Reteti elephant arrived because of poaching. 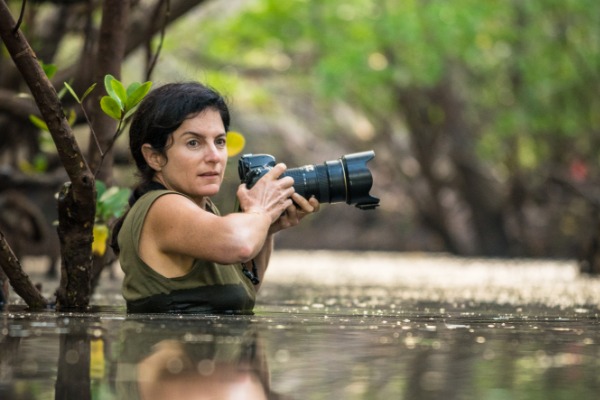 But Vitale warns that that doesn’t mean that Kenyan elephants face a threat-free future.

“Most of the (Reteti) cases are coming from climate change and drought-related emergencies or habitat loss and the increasing human-wildlife conflicts,” she states. “The greater danger to them today is habitat loss and climate change, which leads to human-elephant conflict. We must all take steps to protect them, including by contacting elected officials and demanding action on climate change now.”

Tourists can visit Reteti and their visits contribute significantly to the costs of running the sanctuary.

It’s expensive to raise baby elephants, so these visits and donations are an important part of generating income, however, guests are not allowed to interact with the elephants and do daily chores.

The goal is to reintroduce these elephants back to the wild, so they are not encouraged to have interactions with humans, other than their caretakers. The elephants here spend all day, every day in the wild so that when the time comes for them to return, they will be prepared.

“This (Reteti) is the result of a widely recognized and expanding grassroots movement of community-driven conservation across northern Kenya; a movement that is growing new economies, transforming lives and conserving natural resources,” she said.

During the 1990s, elephants in the 850,000-acre Namunyak Wildlife Conservancy had been poached to near extinction. Vitale credits community-based conservation for elephants having made what she calls an extraordinary regional comeback. 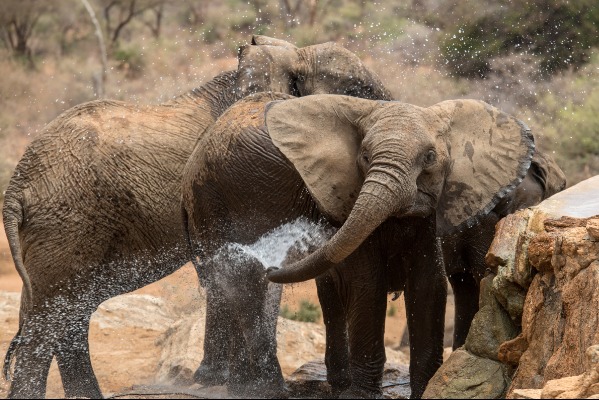 “Today there are more than 8,700 elephants in the area, making it Kenya’s second-largest population of elephants,” she reports. “It is truly amazing how resilient nature is when we give it a chance.”

But Vitale adds the sanctuary isn’t just about saving elephants. She says it also helps break down stereotypes and redefine wildlife management.

“When people realize that they can benefit from healthy elephant populations, they’re proud to take care of wildlife.” she continues. “In addition to helping elephants, Reteti is also empowering (the local) Samburu women to be the first-ever women elephant keepers in all of Africa. At first, the community didn’t think there was a place for women in the workplace. Now, the success of these women elephant keepers is unlocking new possibilities and setting a powerful example for girls hoping to pursue their dreams. It’s also changing how the community relates to elephants. Schoolchildren who have never seen an elephant before or who were afraid of elephants visit Reteti and experience these elephants up close. They then realize they can grow up to be a veterinarian or an elephant keeper.”

“What’s happening here, without fanfare, is nothing less than the beginnings of a transformation in the way the Samburu people relate to wild animals. This oasis where orphans grow up, learning to be wild so that one day they can rejoin their herds, is as much about the people as it is about elephants.”

And Vitale says those area residents involved with Reteti deserve to be recognized for the role they’ve played in protecting local elephant populations.

“These are stories about people that are reimagining the world we live in,” she says. “They are doing the impossible and turning difficult moments into a catalyst for finding creative solutions.

“This sanctuary is not only beneficial to the orphaned elephants, but it is strengthening the bonds between the pastoralist communities and the wild elephants they coexist with. The community is incredibly proud of their achievements, and it has changed how they view the wild elephants.” 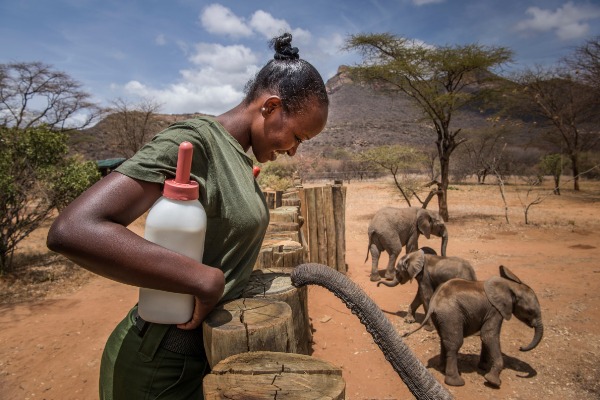 Meanwhile, Vitale hopes people will reflect on the significance of Word Elephant Day.

“It’s an important day to create more awareness not just about the challenges elephants face with shrinking habitat, poaching and climate change but also to inspire people to seek out the positive impacts and solutions to creating a world where all of us can thrive,” she says.

“Across all of Kenya (last year), only 11 elephants were poached, the lowest number in the history of the Kenya Wildlife Service, down from 350 in 2015. Nevertheless, elephants are still being poached at staggering, unsustainable numbers across Africa, and elephants in Kenya face tremendous pressure from human-wildlife conflict, climate change and drought. I hope people will support the communities who are taking measures to improve the conditions for elephants as this can become the blueprint for the rest of the world”

Vitale is inviting people to watch her film Shaba (named after the one Reteti elephant orphaned by poachers). She’s just launched a fundraiser for Reteti and people can purchase a ticket to stream the film at www.shabafilm.org. All of the ticket sales will go back to the keepers at Reteti and viewers can support Reteti and learn more about the project by watching the film. Vitale labels the film is perfect for both adults and children and notes it is available online, on-demand until Aug. 31.

The film itself tells the story of Shaba who arrived at Retiti traumatized after poachers killed her mother in front of her. It took weeks for the team at Reteti to finally forge a connection with her but Shaba soon became the matriarch of the entire orphaned herd. She became instrumental at the sanctuary, caring for each new orphan that arrived and teaching the keepers how to be better caretakers.  “This is a story about learning to trust those that we fear. Shaba teaches us about love and our connections to all of life around us,” Vitale says.

Vitale is showcasing a special screening of Shaba on the evening (Aug. 12) at 5 p.m. EST. The event will be hosted by TreadRight Foundation’s travel partners, African Travel, Inc. and Lion World Travel. 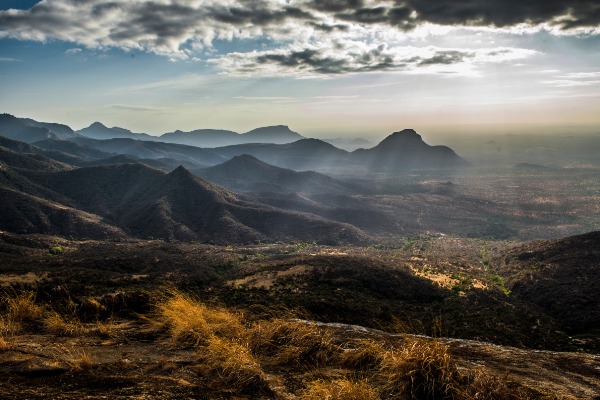 Ticket costs will be covered by TreadRight, which will be donated to R.E.S.C.U.E — Reteti Elephant Sanctuary. After the screening, there will be a live 20 min Q & A hosted by TTC Africa CEO Lucille Sive, who will interview Vitale with audience questions.

African Travel, Inc. and Lion World Travel currently bring guests to Reteti Sanctuary on their Kenya safaris. They both offer a sustainable, MAKE TRAVEL MATTER Experience, where guests are given a behind the scenes tour of the sanctuary and meet the women who are breaking barriers while taking care of the orphaned animals.

This MAKE TRAVEL MATTER Experience provides guests the opportunity to visit the Reteti Elephant Sanctuary, which takes in orphaned and abandoned elephant calves, rehabilitates them and eventually releases them back into the wild. The experience allows travellers to connect with and learn from the keepers of the sanctuary, who are all from the local community and formally trained in the care of the elephant calves. Through these opportunities, livelihoods are improving, and wildlife is returning, proving that wildlife and humanity can work in harmony to provide support to the populations that occupy nature’s magnificent ecosystems,” Vitale says.

During the film screening, both African Travel, Inc. and Lion World Travel will announce their commitment to donate two bed-time blankets and three bottles of milk to Reteti Elephant Sanctuary for every couple that books trips featuring Reteti in 2022.

The screening directly supports Reteti by way of a donation of milk and medical care for the orphaned elephants from African Travel and Lion World in partnership with TreadRight.

For those who can’t make the event, donations to watch Shaba can be made at www.shabafilm.org .

All photos by Ami Vitale