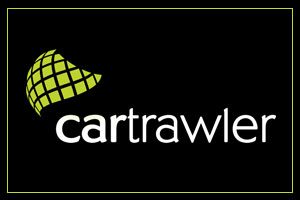 CarTrawler and IdeaWorksCompany are projecting that airline ancillary revenue will reach $67.4 billion worldwide in 2016.

The CarTrawler Worldwide Estimate of Ancillary Revenue represents a nearly 200% increase from the 2010 figure of $22.6 billion, which was the first year for the ancillary revenue estimate.

Earlier this year, CarTrawler and IdeaWorksCompany reported the ancillary revenue disclosed by 67 airlines for 2015.

These statistics were applied to a larger list of 178 airlines to provide a truly global projection of ancillary revenue activity by the world’s airlines in 2016.

The CarTrawler Worldwide Estimate of Ancillary Revenue marks the seventh year IdeaWorksCompany has prepared a projection of ancillary revenue activity.

Aileen O’Mahony, chief commercial officer at CarTrawler, said that: “Successful ancillary revenue generation is dependent on offering customers the right product at the right time, often before they have even asked for it. Amazon has proven to great effect the positive impact that data science has had on its business with an estimated one third of total sales now coming via their recommendation algorithm.”

O’Mahony continued: “As with Amazon, the unlocking of data-driven insights is enabling airlines to propose ancillary products and services to their customers in an increasingly sophisticated way. This application of data is fueling the continued growth of the sector while at the same time unearthing further potential for building loyalty by identifying when, how, where and what to offer customers when they visit your website or app.”

Revenue from optional services, such as onboard sales of food and beverages, checked baggage, premium seat assignments, and early boarding benefits, was determined to represent $44.9 billion of the projected global 2016 total.

The smaller share, at $22.5 billion, comes from non-fee activity such as the sale of frequent flyer miles to program partners, and commissions earned on the sale of ground-based services to travelers, such as hotel accommodations and car rentals.