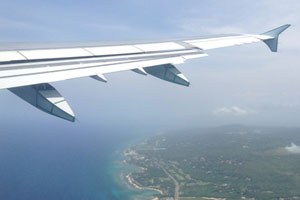 The latest report from IdeaWorksCompany applies the rise of the mobile age to the ancillary revenue revolution.

IdeaWorksCompany researched the in-path booking capabilities of the mobile applications offered by the world’s largest 25 airlines.

Ancillary Revenue Goes Mobile: The Best Methods Used by the Top 25 Airlines was released as a free 15-page report by CarTrawler and is available at the company’s web site at http://www.cartrawler.com .