Home › Destinations › And The Atout France Award Goes To…

And The Atout France Award Goes To… 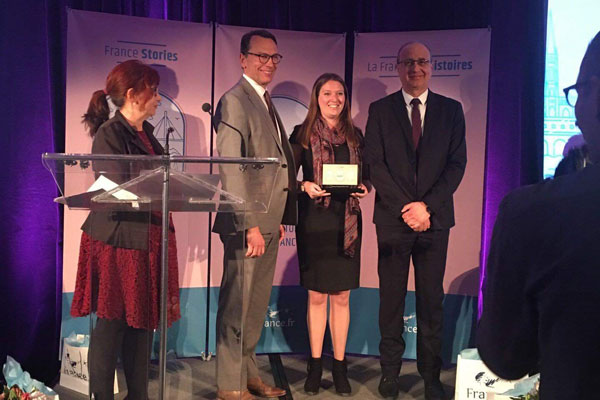 Forget The Oscars, last night awards were given out a little closer to home as Atout France recognized partners during the annual Destination France event in Toronto.

Over the past few weeks, the France Tourism Development Agency had Canadian agents vote for the “most inspiring travel product in France.”

Jolene Plant, product director, at Kensington Tours (pictured top centre) accepted the Product of the Year Award for its Paris and the Chateaux of the Loire Valley itinerary at the awards ceremony held at the Westin Harbour Castle. The award is geared at recognizing talent in crafting unforgettable tours and stays in France.

To thank agents for taking the time to vote, a prize was raffled off among those who voted online, and Carla Wilson was the winner of a suite stay for two at the W Paris Opera, presented by 4 roues sous 1 parapluie.

Atout France also awarded Connaissance Travel and Tours with The Partner of the Year Award, given to president Vincent Veerasuntharan.

Viva Leonardo! There Are Lots Of Reasons To Visit France This Year

Audrey Hepburn once said “Paris is always a good idea,” but there are many other things to experience in France this year beyond the capital city.

One of the major events on the docket is Viva Leonardo da Vinci!, which celebrates 500 years of the Renaissance in Loire Valley.

As part of the festivities, the tapestry of The Last Supper will be displayed outside of the Vatican for the first time, and there are over 700 events planned, including costume parties and a digital exhibit featuring 17 of da Vinci’s masterpieces. 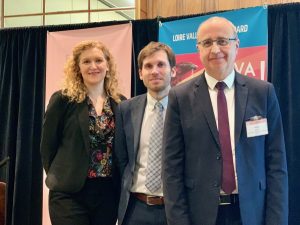 “That makes Loire Valley the destination you have to visit this year,” said Mélanie Paul-Hus, director for Canada, Atout France, ahead of the awards gala.

Following a stop in Montreal, the road show organized by Atout France gave the trade the opportunity to meet with French and local exhibitors including airlines, destination representatives from overseas territories and tourism boards, and more.

This year’s theme, France Stories highlighted the 500 years of Renaissance in the Loire Valley among many other attractions and international events available to travellers.

“We are celebrating 500 years of Renaissance and I have to explain why it’s such an important year for the region because in 1519 this is the construction of one of the biggest palaces in France, the biggest in Loire Valley — Château de Chambord is inspired by the architectural styles of the Italian Renaissance and perhaps even also designed by Leonardo da Vinci, and 1519 is also the year of the death of Leonardo da Vinci,” said Florent Dubreuil, marketing manager Château du Clos Lucé. “The history of da Vinci and his masterpiece the Mona Lisa starts in the Clos Lucé in France. Invited by the king of France, Leonardo da Vinci left Italy and took up residence into the Château du Clos Lucé in 1516, and there he worked for three years for the king until he died in 1519. This date marks the beginning of the universal and timeless icon.”

Meanwhile, Marc Richet, general director for Centre Val de Loire, said the region, which is easily accessible from Paris by car or high-speed train, is home to more than 80 sorts of wine, and 250 million bottles are exported to 140 countries around the world.

Loire Valley has 280 km listed as a UNESCO World Heritage Site, lots of castles, monuments and cities to discover, and a 900-km cycling route that draws in one million annual tourists called Loire à Vélo. The route, which connects Cuffy (near Nevers) to Saint-Brevin-les-Pins (Loire-Atlantique) is the first secured cycle route in France.

The roadshow is in Calgary today and heads to Vancouver tomorrow. 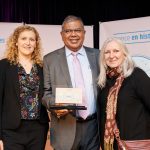 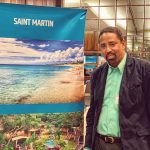 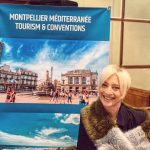