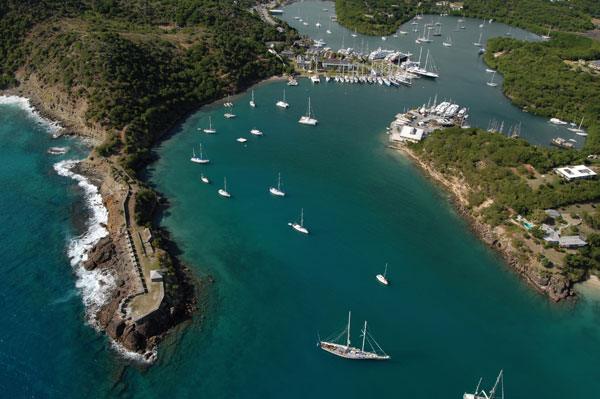 Antigua and Barbuda has begun the rebuilding of its tourist trade, with the destination welcoming an American Airlines plane Thursday evening carrying visitors and locals to a destination that had joined other countries in closing its borders to tourists because of the coronavirus pandemic.

The Miami-Antigua service will be followed by the now-confirmed restart of other routes from the United States and Britain this summer, with Antigua ready to welcome visitors back to a destination that has responded to the pandemic by implementing measures that will be in place as soon as passengers deplane and are aimed at keeping visitors and locals alike safe, a Thursday Antigua and Barbuda Tourism Authority webinar was told.

“We are all very excited,” Patrice Simon, executive-director of the Antigua and Barbuda Hotels and Tourism Association said.

Authorities say have implemented what they say are stringent health protocols done in part through consultation with the country’s Ministry of Health that among other things require deplaning passengers to wear masks. Passengers then enter a terminal that has temperature-testing cameras, with results being provided within 24 hours. Terminal access has been restricted to passengers and employees.

Arriving passengers will also be given health declaration forms.

“Authorized” taxis will be on hand to take people to their hotels, with taxi drivers trained on sanitizing luggage.

Guests will receive secondary coronavirus screening upon arrival at their hotels and medical staff will be on call. Hotel room doors will have seals placed on them after the rooms are cleaned.

Hotel guests won’t be expected to wear masks on beaches but will be asked to when in contact with other guests and staff.

Antigua and Barbuda notes it has 365 beaches, ensuring that those on the beaches will easily be able to avoid other beach users. The destination has adopted the slogan Your Space in the Sun to coincide with its reopening.

Hotels have also reduced “touchpoints” and tourism authorities say the design of destination hotels makes them better suited for social distancing than those in other countries generally are.

Those wanting to go on island tours will be able to do so with “certified” tour companies, with tourism authorities saying they’ve been using the past couple of months to train those in tourism on safety measures.

About 600 people are expected to arrive in the next few days.

Some hotels have already reopened. Simon reported about half of her association’s members haven’t yet confirmed their opening dates.

The country is also again ready to host tourists wanting to get married there, although those weddings will be limited to 25 people.

Colin James, CEO of the Antigua and Barbuda Tourism Authority, said he believes there is “pent-up demand” among those who enjoy travel to again go on vacation and Antigua and Barbuda bookings have begun rising and in fact fell less during the onset of the pandemic than the Caribbean average.

Tourism minister Charles Fernandez said he believes his country is now “promoting a safe and friendly” environment to travellers who are wary about having had to stay home for the past few months.

Tourism is hugely important to the country’s economy and officials are eager to see its restart, although Fernandez noted that they “have a long journey ahead of us” before it fully recovers.

Those officials note that Antigua and Barbuda is the first non-American Caribbean destination to see a resumption of American Airlines service. American and JetBlue have given timeframes for the restart of other Antigua routes, while British Airways and Virgin have announced plans to restart London-Antigua service.

There’s not yet been any confirmation for the restart of Antigua service from this country.