Home › COVID-19 › A Booking Milestone For AQSC And Victory

A Booking Milestone For AQSC And Victory 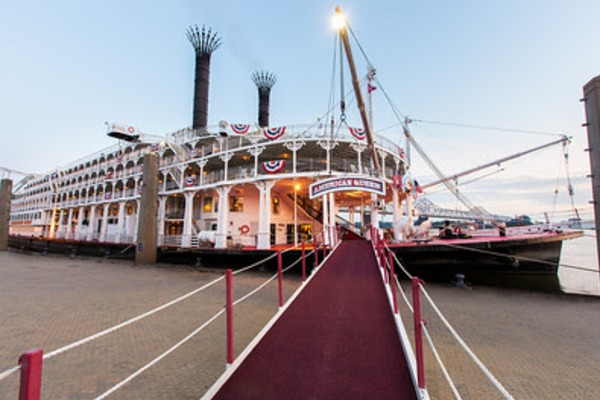 American Queen Steamboat Company and Victory Cruise Lines reached a company milestone following the release of the 2023 season in mid-February, the furthest in advance the lines have ever released a season.

Additionally, January and February 2021 bookings are over 35% higher than November and December 2020 bookings.

Both cruise lines opened reservations for the 2023 season on Wednesday, Feb. 17, with highlights including Victory Cruise Lines’ two expedition vessels, Ocean Victory and Ocean Discoverer, both sailing Alaska for the first time together. The response to American Queen Steamboat Company and Victory Cruise Lines’ most comprehensive sailing season for its soon-to-be eight-vessel fleet signals a pent-up demand to cruise. February 2021 is projected to be the strongest booking month for the company in the past year.

“Opening the 2023 season for American Queen Steamboat Company and Victory Cruise Lines, we received strong group inquiries from international and domestic markets,” shared Bob Salmon, Senior Vice President of Sales. “There is an unwavering desire for discovery among travelers, from markets near and far, eager to plan multiple holidays years in advance.”

Some of the most popular itineraries booked early for 2023 include the Mighty Mississippi sailing from St. Paul to New Orleans on the American Queen in September and the always in demand Memphis to New Orleans sailings, which also sparked interest for available dates in 2021 and 2022. Off-the-beaten track UNESCO designated destinations, like Paducah, declared a Creative City in 2013, continue to attract cruisers seeking to discover new destinations. Iconic cities along the Ohio River including Louisville, Cincinnati and Pittsburgh garnered interest from repeat guests looking to explore America’s inland ports.

Additional bookings of note, Victory I and Victory II received interest for Great Lakes sailings from consumers who had not yet sailed with American Queen Steamboat Company but expressed interest in immersive close to home exploration.