Home › COVID-19 › Are You Ready For The Big, Beautiful Game?

Are You Ready For The Big, Beautiful Game? 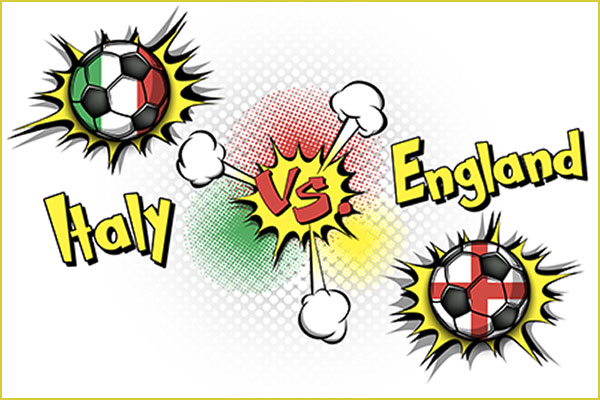 All of Europe – certainly all of Italy and England – and in many places around the globe, fans are revving themselves up into a fever pitch for the final match of the Euros at Wembley on Sunday.

Visit Britain has been kind enough to provide a primer on the beautiful game to help those fans get inspired by the history of the sport.

Britain certainly has a long footballing heritage and for those thinking of a visit, here are some of the highlights in store…

Explore The Origins Of Football In Britain

Football as it’s known today can trace its roots back to the second half of the 1800s, when efforts were made to combine the many different sets of rules being used.

One set of regulations was created by the world’s oldest club, Sheffield FC, founded in 1857, but their use was not constant across the country. This ultimately led to the formation of the Football Association, when a number of teams met at the Freemasons Tavern in Covent Garden – now the Freemasons Arms – in 1863. Over the course of six meetings, new rules were agreed, although they were not to everyone’s tastes, as many clubs instead opted to form the Rugby Football Union in 1871.

Several championships continued to operate without a uniform set of rules, but the formation of the International Football Association Board (IFAB) in 1886 saw the sanctioning of 17 basic laws for the game. It’s a period showcased in Netflix show The English Game, which explores the class divides which were prevalent in sport at the time.

Discover Clubs From All Backgrounds

In the early days, teams came from a wide variety of backgrounds. In the south of England, many teams were formed by colleges and public schools, such as Eton and Harrow, while in the north, football was prevalent among the working classes, with many mills and textile companies having their own teams. On the back of the new rules for the game, 12 clubs from across northern England and the Midlands founded the football league in 1888, with the sport growing gradually for there on. All but one of those clubs continue to compete to this day.

Among them are Aston Villa, formed by members of the Villa Cross Wesleyan Chapel. Since 1897, the club has played its home games at Villa Park, which was once a Victorian amusement park developed in the former grounds of Aston Hall, a grand Jacobean stately home with gardens dating back to the mid-17th century. Alongside touring the stadium, this slice of history is just a short distance away.

Visitors wishing to experience more of the region’s footballing heritage can also visit Molineux, the home of the Wolves (Wolverhampton Wanderers) since 1889. Another of the founding clubs, the stadium’s interactive museum takes visitors on a journey through the early years of modern football, while stadium tours provide a behind-the-scenes peek into memorable moments from the club’s history.

Other clubs can trace their origins to the workplace. Manchester United, as they are now known, were initially formed by the Carriage and Wagon Department of the Lancashire and Yorkshire Railway depot at Newton Heath in 1878. Having changed their name in 1902, the club moved to their current Old Trafford stadium in 1910 and have remained there ever since, barring a brief spell in the 1940s when war damage saw them share a ground with their rivals, Manchester City. Those wishing to learn more about the famous club’s heritage can do so on a museum and stadium tour. Alternatively, outside the ground visitors can snap a picture with the United Trinity statue, featuring Sir Bobby Charlton, George Best and Denis Law, three instrumental figures that helped United become England’s first club side to win the European Cup in 1968.

Football fans in Manchester can also tour Manchester City’s Etihad Stadium, or embark on an interactive journey through the beautiful game at the National Football Museum, set in the striking Urbis building in the city centre. Alongside a penalty shootout and other interactive games, it’s packed with footballing memorabilia including medals, replica trophies and shirts from an array of influential matches.

Liverpool is also home to a pair of clubs with rich footballing heritage. Everton initially played their home matches at Stanley Park before moving to Liverpool’s current home, Anfield. There, a dispute between the club’s committee and the owner of the ground saw the club relocate to Goodison Park in the late 19th century, paving the way for the creation of Liverpool FC in the process. Both grounds are about one mile apart and Liverpool have played at Anfield since their formation in 1892. Tours of Goodison Park allow fans to discover more about the blue half of the city, while The Liverpool FC Story Museum delves into the Reds’ illustrious past, with stadium tours providing an insight into Liverpool’s renowned anthem, ‘You’ll Never Walk Alone’.

Arsenal can trace its roots to the south of the capital, having originally been formed in 1886 as Dial Square, a team of workers from the Royal Arsenal, an armaments factory in Woolwich. The club relocated to Highbury, North London, in 1913, a ground the club remained at until it moved to its current Emirates site in 2006. Behind-the-scenes tours dive into the club’s rich history, and there’s also legend experiences – guided tours by some of the club’s former players – to enjoy.

North London club Tottenham Hotspur was formed by a gang of schoolboys in the 1880s, and played at their White Hart Lane stadium from 1899. The Tottenham Hotspur Stadium, built on the same site, opened in 2019 and includes the Goal Line Bar, which at 65 metres is the longest bar in Europe! After enjoying a stadium tour, those with a head for heights can gaze out over the capital on the Dare Skywalk, a chance to climb the stadium and look down on the pitch below. A similar rooftop tour is also available at Newcastle’s St James’ Park stadium, offering up panoramic views of Tyneside.

Chelsea, another of London’s top clubs, was formed in 1905 in an upstairs room of the Rising Sun public house, now named the Butcher’s Hook. Located in the shadow of Stamford Bridge, which was being built at the time, fans can tour the club’s stadium and museum, which includes a raft of memorabilia, including a Champions League trophy.

In addition to the various Premier League club stadiums across Britain, the national stadiums also host larger sporting events. The iconic Wembley Stadium, complete with its 133 metre arch, reopened in 2007 and can hold up to 90,000 fans, making it Britain’s largest sporting venue. It replaced the previous stadium of the same name, which had stood at the site since 1923 and had hosted prestige events including the 1966 World Cup Final and the decider of Euro 1996.

Glasgow’s Hampden Park is another stadium with a rich history of hosting top quality international sport. Known as the home of Scottish football, it was the world’s biggest stadium when it opened in 1903, and its hosts the British attendance record, as nearly 150,000 people crammed in to watch Scotland play England in 1937. Although its capacity has massively reduced with modernization and the introduction of safe seating, Hampden Park is still home to the Scottish Football Museum – a space dedicated to documenting the nation’s footballing past.

Restrictions on travel to and around Britain are in place due to Covid-19. Visitors are encouraged to always check individual websites for the latest information, as details are subject to change.

Go to www.visitbritain.org for more.