Home › Destinations › At Home, With Family In Nepal

At Home, With Family In Nepal 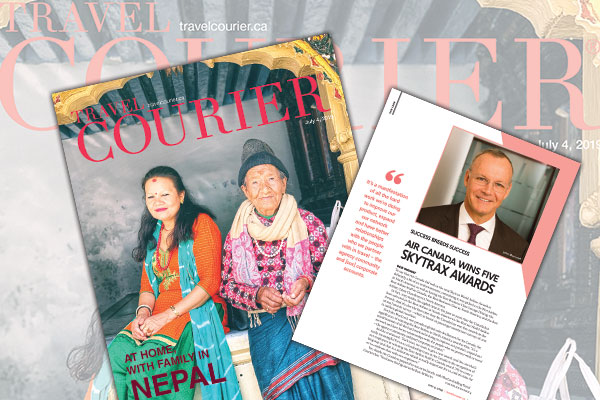 Rajani Shrestha is standing in the kitchen on the top floor of her house – or, our home, as she puts it – in Panauti, Nepal pinching and shaping a white substance made of rice flour, demonstrating how to make a Newari delicacy called yomari, writes assistant editor, Ann Ruppenstein in this week’s Travel Courier.

Shrestha is one of 20 women in the historical village who have opened up their homes to travellers, most of whom visit the medieval town on G Adventures itineraries, as part of a community homestay project.

After hiking from the eastern edge of the Kathmandu Valley and taking in sweeping views of rice fields and green farmland along the way, we were welcomed to Panauti by a progression of women from the Panauti Community Homestay project, who greeted us with flower necklaces as other residents played music.

Following dance performances, we were broken up into smaller groups to visit the homes of the women behind the project and get a taste of what it’s like to spend the night in the village.

Upon being introduced to Shrestha, she gestured to my group of three and said, “my family.”

Placing her hand on mine, she added, “My home is your home. Let’s go to our home,” as she led the way through streets and alleyways until we reached a red building, home, which featured her name on a yellow placard.

The next few hours were spent cooking, eating, tasting rakshi – what’s best described as Nepalese moonshine – exchanging stories, and learning about her family’s way of life, offering a glimpse of what it’s truly like to live in the destination. It’s fitting since Panauti Community Homestay’s slogan is, “There is no better way to understand a place, but living like one of them.”

When it launched in 2013, the role of women in the community was mainly relegated to being housewives, explains Shila and Ashok’s daughter Amy Amatya. These days the women are helping raise their status and their family’s income through tourism, with the mantra “Run by Women for Women’s Empowerment.”

“It’s a nice feeling to see those women who were always behind coming in front and getting themselves empowered,” says Amatya.

For the full story, check out this week’s Cover Story in Travel Courier.