Atlantic Canada’s Largest Winterfest is Back 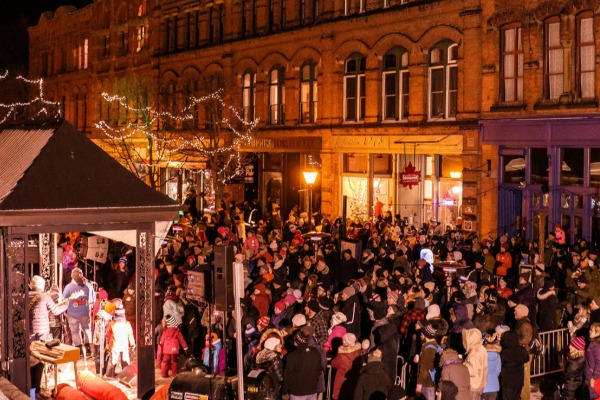 To celebrate its 15th anniversary, organizers are working hard to surprise visitors with a very unique edition. This year, Jack Frost’s magic is being spread over five different downtown venues – the Snow Kingdom at Confederation Landing, the Indoor Playland at The Delta/PEI Convention Centre, Onstage children’s shows at Confederation Centre of the Arts, a Warm-Up Zone with local food, drinks and crafts at the Founders’ Food Hall & Market, and finally, the magical evening of Aurora on Victoria Row (Richmond St.). The mainstage at the Confederation Centre of the Arts will feature YouTube sensation and the fifth most-viewed video of all time, the Baby Shark performance.

While Jack’s famous outdoor snow kingdom and all the other festival favourites will be back, visitors can expect to see extreme sled demos, gaming stations, a snowskate park, axe throwing, a disco skate and lots more high-energy entertainment. Founders’ Food Hall & Market is also working with organizers to create some winter embracing programming, including Happy Hour with DJ’s and an outdoor patio with ice bar with firepits.

“The Jack Frost Winterfest is a staple winter tourism product for Charlottetown – the Birthplace of Confederation. As Atlantic Canada’s largest winter festival, one can’t help but to feel the excitement and energy the annual winter celebration brings to the capital. The 15th edition of Jack Frost will offer a multitude of fun things to see and do for the thousands of visitors and residents who will pass through the festival gates. The City of Charlottetown is a proud partner of Jack Frost and is happy to support the efforts of Capital City Events Inc. and its partners,” said Charlottetown mayor Philip Brown.

Tickets and hotel packages are available to purchase at https://www.jackfrostfestival.com.