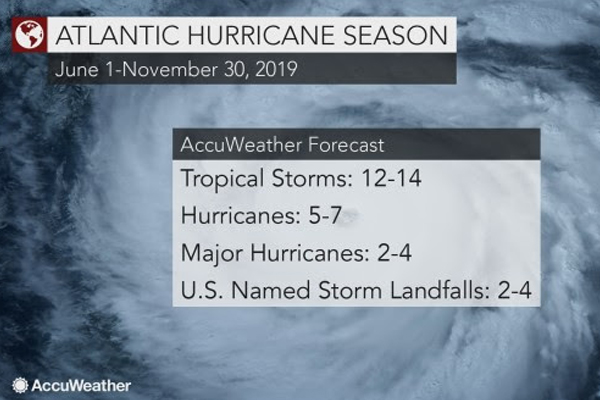 With June 1 being the official start of Atlantic hurricane season, forecasters are urging those living along the US coast to prepare for a near- to slightly above-normal season.

AccuWeather’s 2019 predictions have not changed since the initial forecast was released on April 3.

Additionally, it’s believed that the United States may endure two to four impacts – though it’s too soon to say where these might take place.

With less than two weeks until the official start of the season, a subtropical storm spun up southwest of Bermuda on Monday and was given the first name on the Atlantic list for 2019, Andrea.

AccuWeather Atlantic Hurricane Expert Dan Kottlowski has been warning since early April that there are a few locations that warrant a close eye for early season development.

Water temperatures are running above normal to the east of Bermuda and off the southeastern coast of the United States, and in parts of the Gulf of Mexico.

“Those are the areas we’re watching closely,” he said.