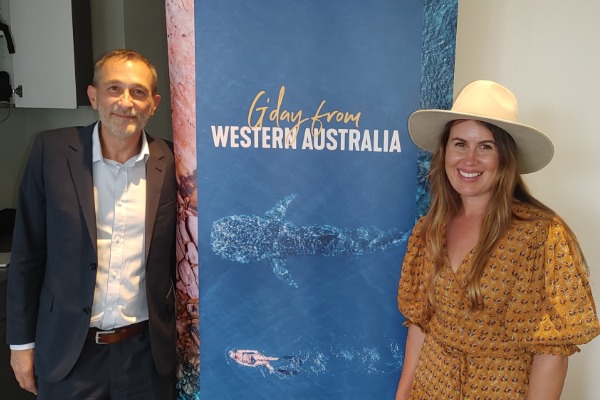 Well, there are likely some who might think her lifestyle in some ways recalls that of Mick Dundee, Paul Hogan’s famed outdoorsman character in the popular movie Crocodile Dundee.

Among practices the two share are hunting, having a four-wheel-drive and an appreciation for chowing down on Australian game meat that’s cooked in the Great Outdoors.

Tasmania-based scuba diver and cookbook author Glover was in Toronto for Tourism Australia’s Australia on Tour promotion — the latest in a series of North American promotional presentations — dishing up some cuisine for those on hand.

And having her on hand demonstrates how an Australian vacation never need be mainstream, with Steven Paganelli of Tripadvisor noting that those vacationing in Australia can learn to cook Indigenous dishes.

Another “unique” experience is a brewery tour that uses a helicopter. “I’m hoping the pilot doesn’t participate (in the drinking),” Paganelli joked.

Meanwhile, Chris Allison, Tourism Australia’s acting general manager for North America, told attendees that over 100 hotels have opened or been refurbished since the onset of the pandemic, which bodes well for Australian tourism.

Some of the hotels belong to global brands making their debut in a country that remained closed to tourism for some two years as it worked to contain COVID-19. Australia began re-welcoming tourists this winter.

Those on hand were also told by Tim Liu of Air Canada that that carrier will have 14 weekly Australia flights this summer from Vancouver, carrying people to both Sydney and Brisbane.

Seen here are Glover (on the right) and Robert Keddy (on the left), who carries the tourism flag for Western Australia in North America.