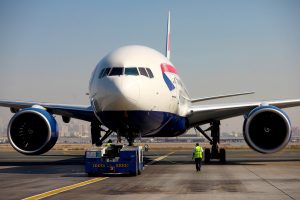 British Airways (BA) will begin services between Toronto and London Gatwick on May 1, 2018.

The new service, which will operate on Tuesdays, Fridays and Sundays in addition to the twice daily services to London Heathrow, will be operated by a Boeing 777 with a choice of three cabins – Club World business class, World Traveller Plus premium economy and World Traveller.

Those travelling in Club World will have access to a new lounge area at Gatwick.

The new service is available for sale. Agents can visit ba.com for flight schedules and pricing.